Leek and potato soup in a hurry 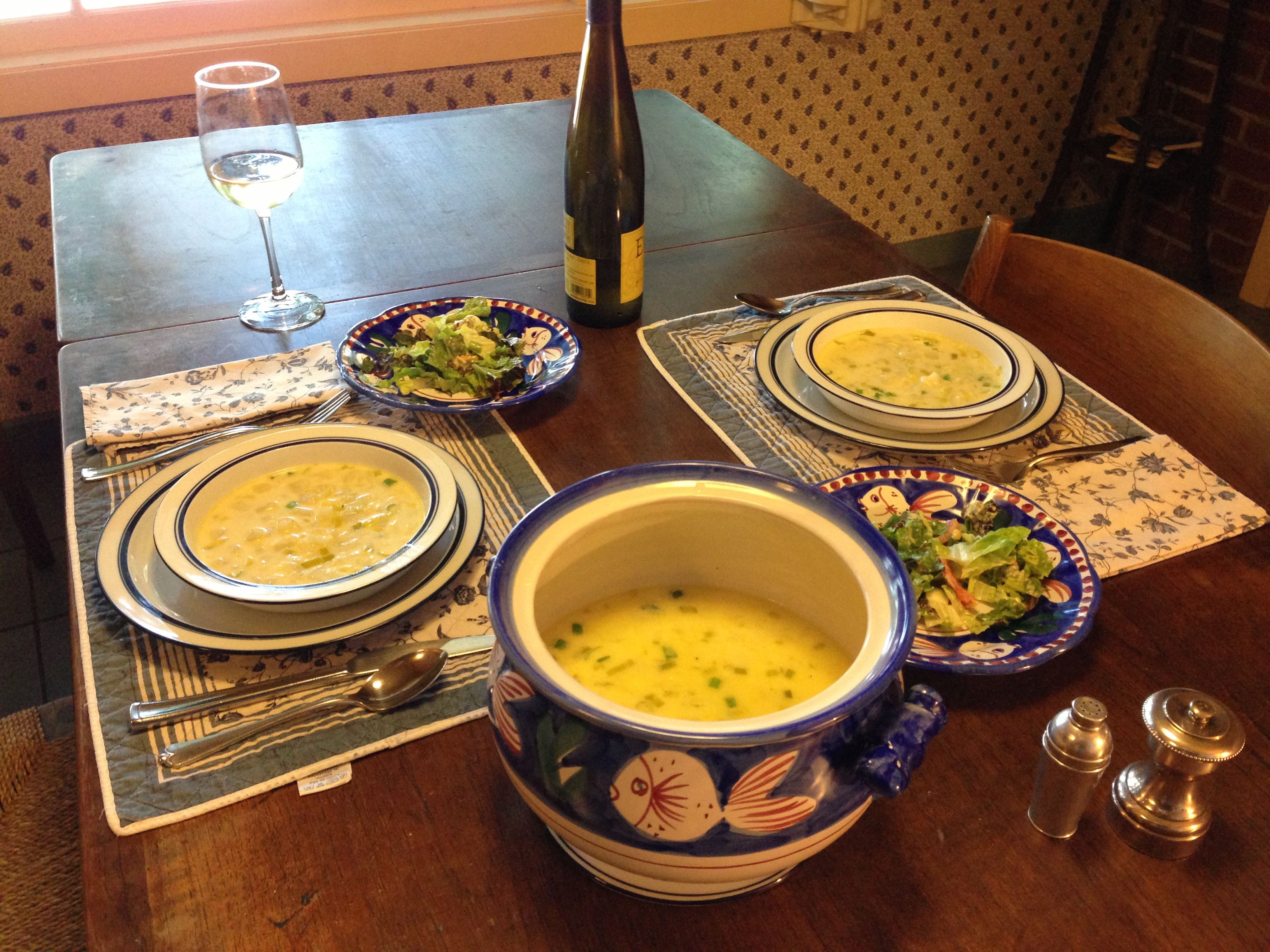 Hearty Leek Soup, economical and on the table in nothing flat.

Still, I didn’t really have anything planned for dinner. Yes, those two leeks were going to get their 15 minutes of fame. That’s about how long it took to make the soup and a salad to round out supper. I don’t have an exact recipe for the leek soup, but it’s based on standard cream soups that are in many recipe books. I just started chopping and putting things together.

2 large leeks, trimmed and then chopped into discs

Melt the butter in a deep pan and saute the leeks and onions. Add the flour, stirring constantly. When you have a paste forming around the leeks and onions, add the chicken broth and cubes of potato. Let the mixture simmer, watching as the soup thickens.

When the potatoes have softened, add the cream, seasoning with salt and pepper according to your taste, then maybe some green onions or chives for contrast.