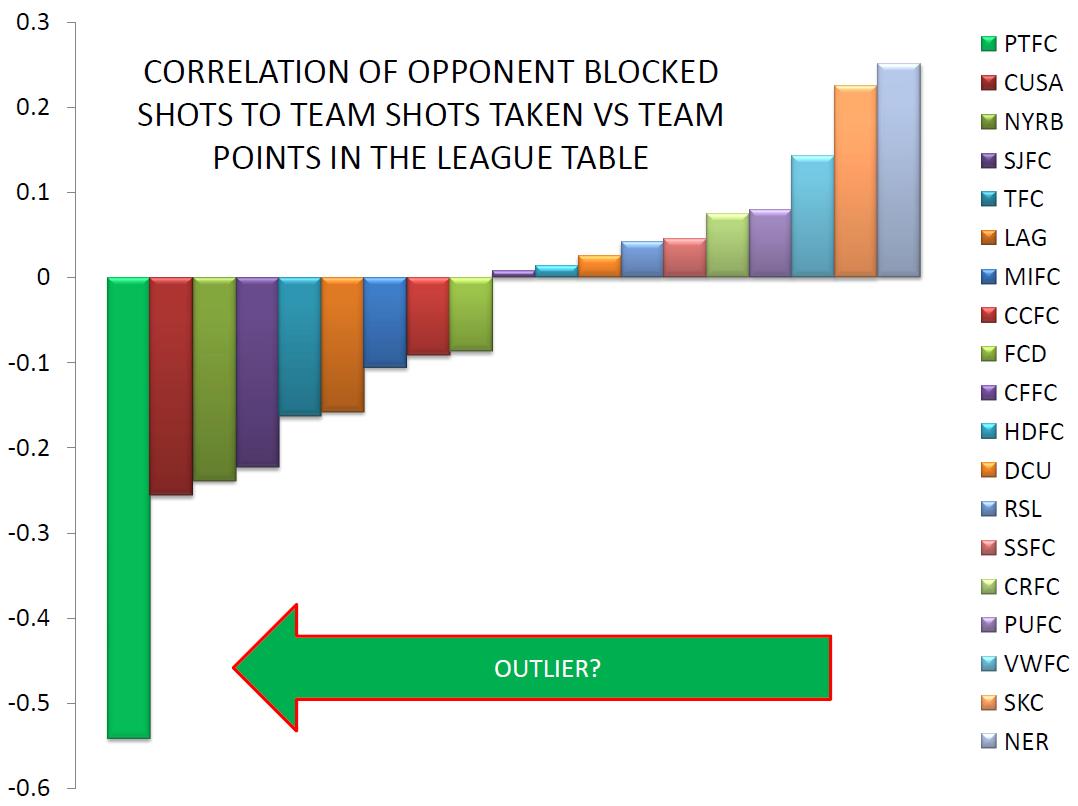 In my most previous blog about the Portland Timbers I had noticed an unexpected oddity in the data analysis when peeling back Defensive Blocks by Chivas from game 1 to game 2.

I had expected systemic defensive changes (given Chivas moved from a 3-5-2 to a flat-back-four) like increased interceptions and clearances and decreased tackles but considering how a change in defensive blocked shots might influence things wasn’t part of it.

In recalling what I saw – Portland had only taken 5 out of 21 points when the opponent blocked five or more shots I thought I would check around with other teams in MLS and see what I could see.

Here’s a snapshot of some teams and their percentage of taking points in the league table based upon the opponents’ number of blocked shots. That said here are some thoughts to consider (there are others…) Next up my Possession with Purpose MLS Power Rankings…