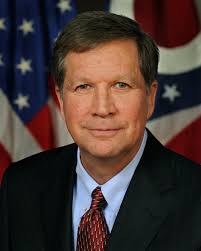 “Governor Kasich is a proven leader with a strong record of actually balancing budgets, bringing fiscal sanity to government and focusing on what matters most to the American people – jobs and the economy. Further, he is the only candidate who can defeat Hillary Clinton in the fall. A vote for either Ted Cruz or Donald Trump in May is effectively a vote for Clinton in November,” McKenna said in a statement.

Sen. Don Benton, R-Vancouver, we know, will be voting for Trump in November. The longtime Republican endorsed Trump and according to a background source, Benton is also heading up Trump’s campaign in Vancouver. (Update: Benton is actually chairing Trump’s state campaign.)

The state’s Republicans are hoping to get some visits from some of the presidential hopefuls.

On May 24, state voters who promise they are Republican, at least for that day, and aren’t involved in any other party’s nomination will be able to vote for Donald Trump, Ted Cruz, John Kasich or Ben Carson, who remains on the ballot despite no longer remaining in the race.

A spokesman for the state’s Republican Party told The Columbian in an earlier interview the state GOP has invited Trump, Cruz and Kasich to visit the state, but has yet to hear back.