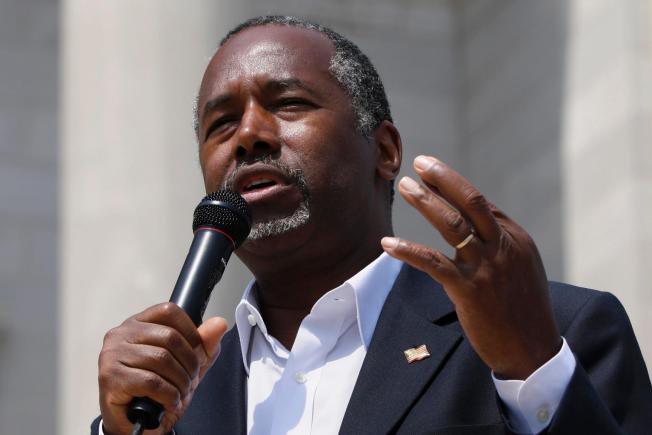 In another example of how the Clark County Republican party chooses not to align itself to the larger GOP, Donald Trump came in last in the local party’s straw poll.

The local methodology used is considerably different from most polls (and Trump is still popular within the local party), but Clark County Republican Party’s straw poll’s clear winner was Carson.

The Donald came in last with negative points.

A recent NBC News Online showed Trump leading in the polls out of GOP candidates that Republican primary voters would vote for if the primary was held right now.

More than 500 people participated in the local Republican straw poll, held at the Clark County Fair.

Trump walked away with negative 133 points, although, a good number of people, 95, marked him as their first choice; the 167 who said he was their least favorite candidate ruined his shot at winning.

Carson, a former neurosurgeon from Detroit, recently made headlines when he dismissed the idea the of a GOP “war on women,” saying instead the war is on “what’s inside women.”

You can see all the results by visiting the Clark County Republican Party’s website.