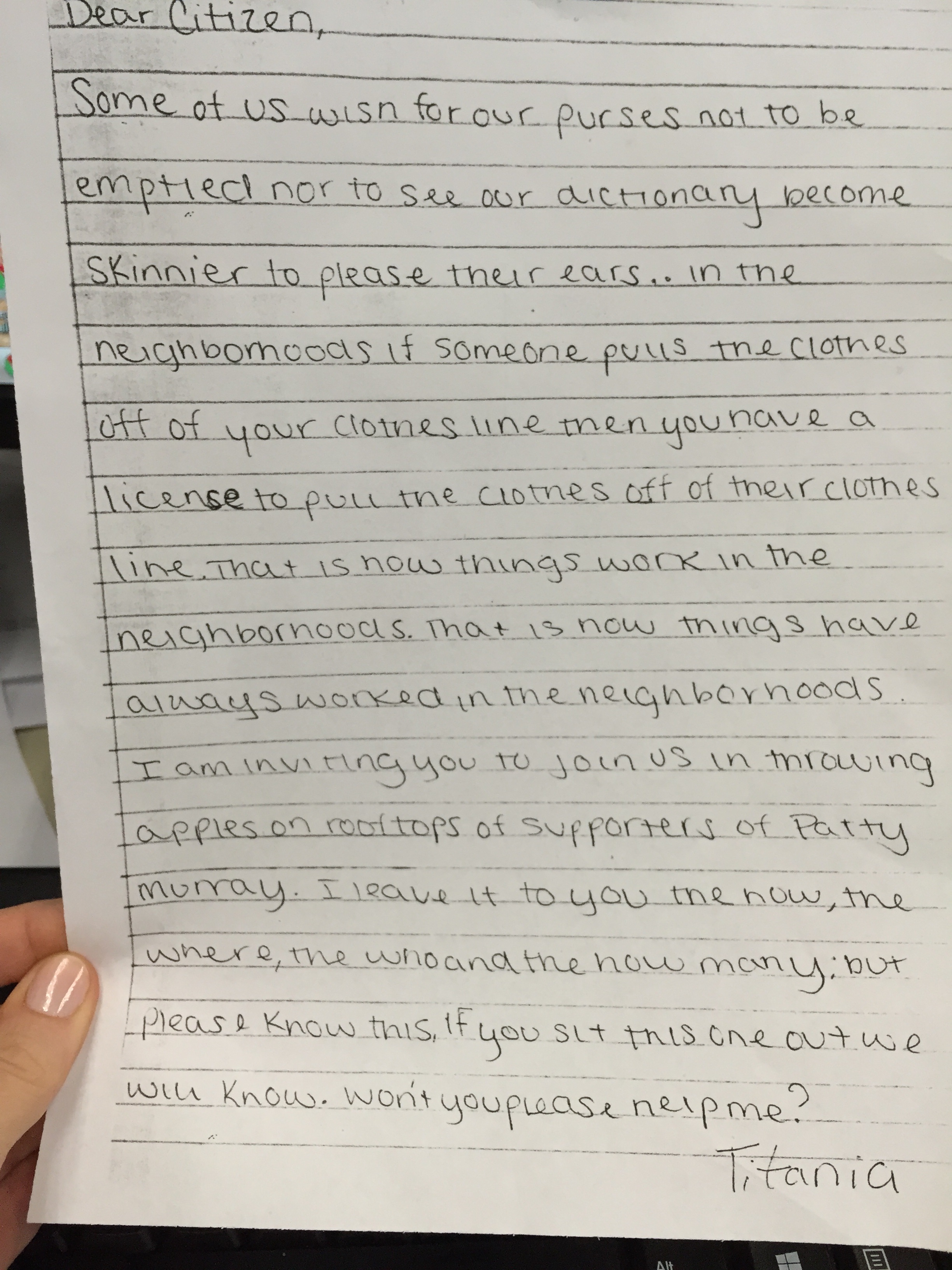 Sen. Patty Murray has made it clear she plans to run for a fifth term in 2016.

The Seattle Times reported the Democrat from Washington saying, “A lot of people say to me, ‘Gosh, why do you want to keep doing it?’ It’s a question that deserves to be answered. I’d really rather be in the middle of the debate fighting for the people of Washington state rather than yelling at my television.”

Even though the election is still a ways off, Murray might not be the only gearing up for her re-election campaign.

In previous election cycles, some of Murray’s opponents have encouraged apple throwing on the rooftops of her supporters.

At least one such letter has already surfaced. The letter starts out with an interesting introduction, “Some of us wish for our purses not to be emptied nor to see our dictionary become skinnier to please their ears … In the neighborhood if someone pulls the clothes off of your clothes line then you have a license to pull the clothes off their line. That is how things have always worked in neighborhoods.”

Later, it’s direct, “I am inviting you to join us in throwing apples on rooftops of supporters of Patty Murray. I leave it to you the how, the where, the who and the how many: but please know this, if you sit this one out we will know. Won’t you please help me?”

The letter was signed by “Titania.”

In previous years, similar letters have circulated about Sen. Jeff Merkley in Oregon.

And rotten tomatoes have caused a stir in Vancouver when they were left in Obama’s supporters yards.

If you know Titania the apple tosser or perhaps have hucked a few yourself, reach out. I would like to hear more about where this idea originated from and what you hope it accomplishes!

My email is lauren.dake@columbian.com. Thanks.