Remembering when Biden “ate hipster ice cream like a boss” 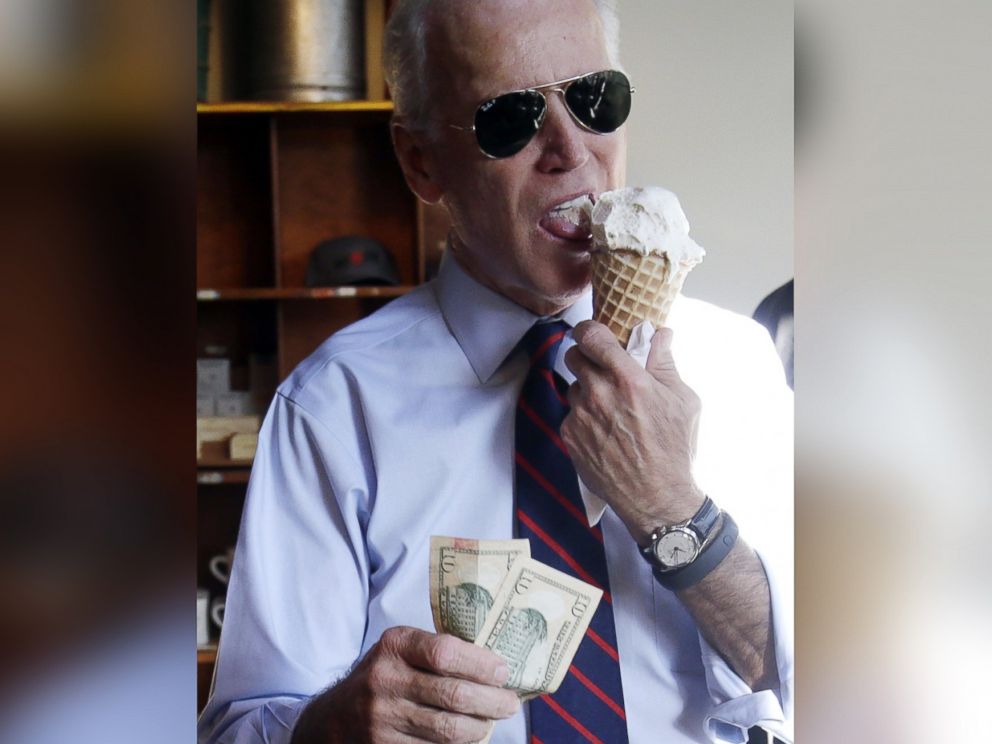 The White House took a look at their favorite digital moments with Vice President Joe Biden this year.

The Vice President tweeted about meeting Lucy Coffey, who at 108, is the oldest living female veteran.

But let’s not forget (like they did) the time Biden visited Portland and ate “hipster ice cream like a boss.”

A photo of Biden wearing his aviators and licking his cone while handing over two $10 bills to pay for his ice cream at the Portland Salt & Straw ice cream store went viral this year. The Associated Press photographer Dan Ryan snapped the photo.

Biden was in Portland campaigning for Sen. Jeff Merkley, D-Oregon.

He reportedly handed the two $10 bills over despite an $8 tab and called himself “the last of the big time spenders.”

The photo was used in several national publications, which shows just how great the shot was because there is no shortage of Biden eating ice cream photos.

A Tumblr account (http://joebideneatsicecream.tumblr.com/) is dedicated to just that.