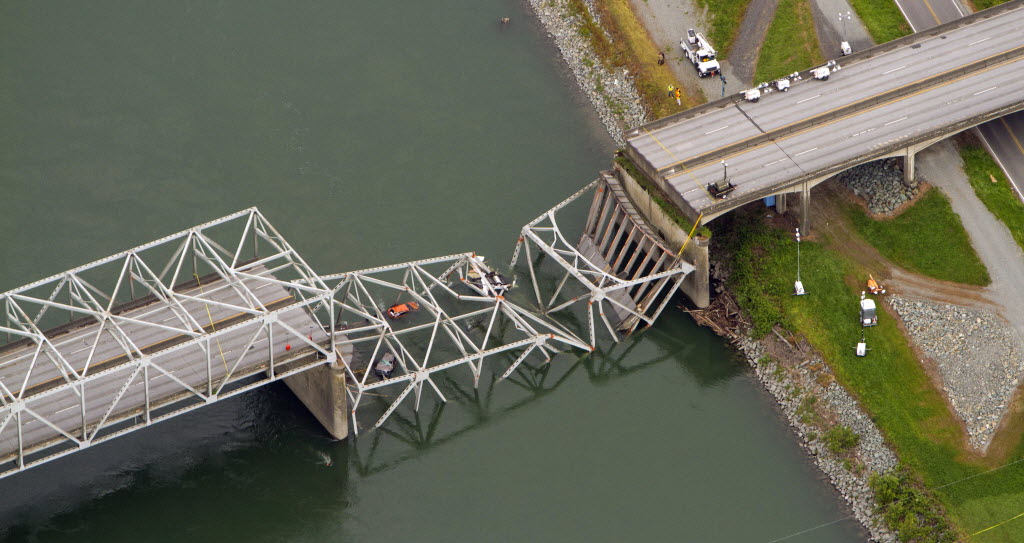 A new analysis released this week found that more 63,000 bridges in the U.S. are considered “structurally deficient” and in need of repairs.

Hundreds of those ailing bridges are in Washington, but the state actually fared much better than other parts of the country, according to the American Road & Transportation Builders Association report.

The analysis, based on federal data, showed that 372 of Washington’s 7,902 bridges — about 5 percent — are structurally deficient.

Most of those are rural bridges, according to the report. But not surprisingly, the compromised spans with the most traffic are almost all in urban settings. Nine of the 10 most-traveled structurally deficient bridges in Washington are in King County. The one that’s not lies in neighboring Snohomish County.

The most heavily used deficient bridge in Washington is the state Highway 520 floating bridge over Lake Washington, with nearly 98,000 daily crossings. (That span, built in 1963, is being replaced.)

One that’s not: The Interstate 5 Bridge between Vancouver and Portland. That span is, however, considered functionally obsolete and “fracture critical.”

The overall condition of Washington’s bridges is far from the worst in the country, according to the analysis. In four states, more than 20 percent of all bridges are structurally deficient. Two of those, Pennsylvania and Iowa, have more than 5,000 deficient bridges each, according to the report.