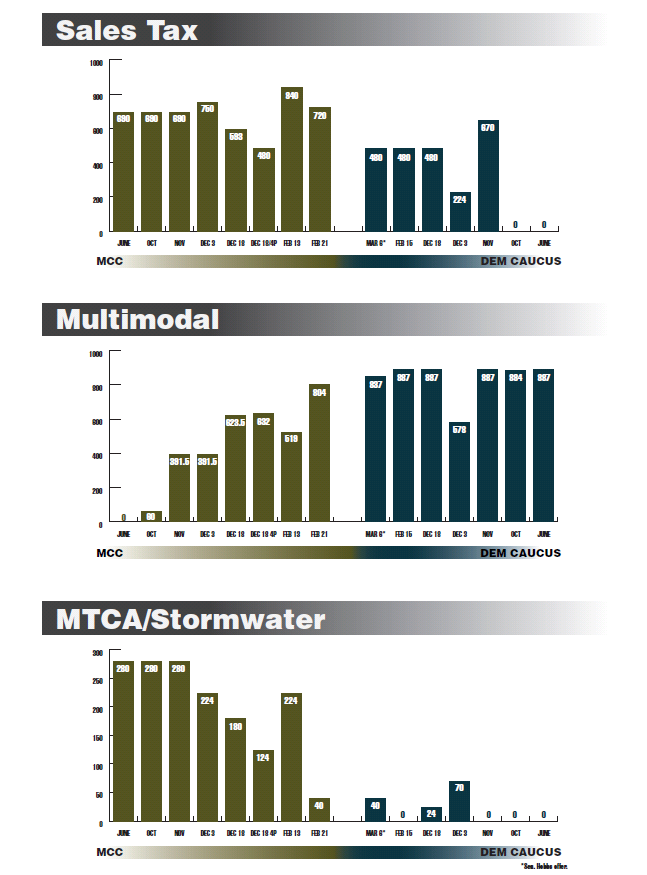 When state lawmakers adjourned last week, it marked the second time in two years that leaders left Olympia without striking a deal on a broad transportation revenue package for maintenance and new projects across the state.

Both years, Gov. Jay Inslee has laid the blame squarely at the feet of Senate Republicans. But he took things a step further this month, revealing a document he claimed showed Republicans’ inconsistent negotiating positions since last year.

In response to Inslee, the Senate Majority Coalition Caucus offered a rare glimpse at both sides’ positions in what’s been a closed-door negotiating process so far.

King, co-chair of the Senate Transportation Committee, said in an interview that the governor’s disclosure only offered a partial picture of the talks. Senate leaders tipped their hand to offer proper context and show both sides’ movements, he said.

For example: Republicans have called for putting some sales tax revenue back into transportation, an idea Democrats have opposed. Republicans offered to include less as negotiations continued, only to reverse that stance by February. But at the same time, they were offering more money for multimodal transit — a priority for Democrats.

The numbers released by Senate leaders show both sides shifting their positions. They also appear to show the two sides coming very close to agreement at times.

King said he believes legislators have “maybe two windows” to strike a deal on a large transportation package in the next year. Lawmakers could convene for a special session, perhaps in December, after elections are over. Or they could try to tackle the issue early in the 2015 legislative session, he said. After that, lawmakers will be staring at even bigger issues in education funding and the overall state budget.