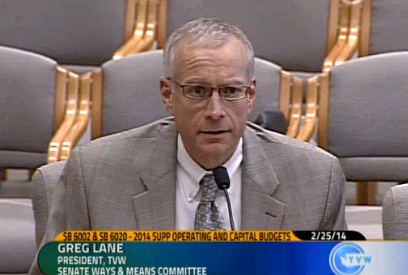 Anyone who follows the Washington Legislature from afar knows it’s not always easy or practical to get to Olympia in person.

Think it’s a hassle to drive to the state Capitol Campus from Vancouver? Try making the trek from Spokane or Walla Walla. That’s why many people rely on TVW to follow the action on television or online. (A certain Clark County newspaper also uses TVW to track legislative goings-on.)

The non-profit, state-funded organization is now asking lawmakers for additional money to replace an aging set of cameras and equipment it says is already failing. TVW says its 43 remotely operated cameras are almost 20 years old, and can no longer be serviced or repaired.

“The situation is — frankly, it’s reached a crisis. And what is most at risk is the public access to this process,” TVW President Greg Lane told a Senate committee this week. His remarks were broadcast by — you guessed it — TVW.

The organization broadcasts floor action in both the state House and Senate, plus a host of committee and hearing rooms. But TVW has recently lost the ability to cover some spaces, Lane said.

TVW is asking lawmakers for $2.8 million this year to fund the purchase and installation of new cameras and related equipment in time for the 2015 legislative session. The Senate has included that money in its supplemental capital budget. The House, so far, has not. Legislative leaders will attempt to reconcile their budgets before the current session wraps up on March 13.

This isn’t the first time TVW has asked for money to fund the upgrades. The need to do so is only growing more urgent, Lane said.

“Further delay will mean more failure and less public access to this process, so we really ask that you stand up for open government and transparency and fund this,” he said.