Clark County Democrats ask Inslee to stand with them on CRC 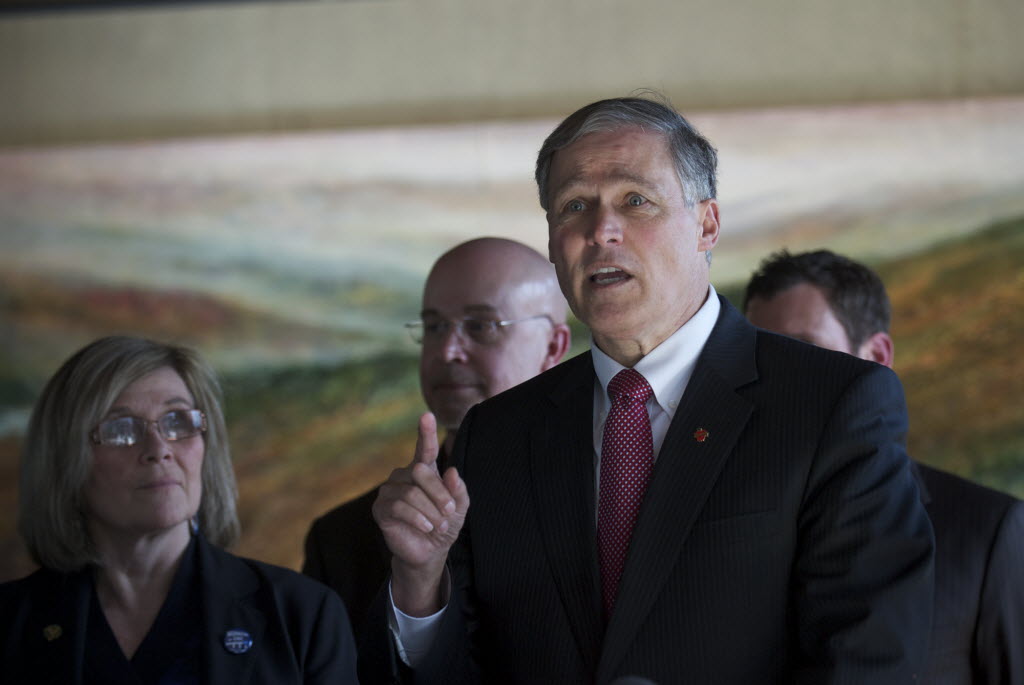 Gov. Jay Inslee holds a press conference in support of the Columbia River Crossing after meeting with business leaders at the Vancouver Community Library on March 22, 2013. (Zachary Kaufman/The Columbian)

The idea was brought forward by Democratic precinct committee officer Ed Barnes, who previously served as a commissioner on the Washington State Transportation Commission, Clark County Democratic Party chairman Mike Heywood said. While on the commission, Barnes worked on what’s now the CRC project, which would replace the Interstate 5 Bridge and bring Portland’s light rail to Vancouver.

Inslee, a Democrat, was an outspoken supporter of the CRC during the 2013 legislative session. He asked state lawmakers to approve a nearly $10 billion transportation package that would have raised the gas tax by more than 10 cents a gallon and also would have committed Washington’s $450 million share toward the CRC.

The tax package stalled, however. Now Inslee and state lawmakers are negotiating a different version of the package that excludes the CRC. Barnes told his fellow Democrats this week that they need to ask the governor to continue his support of the project.

“He made an impassioned speech that fellow Democrats should ask the governor to stick with us on the CRC, and the group passed the resolution,” Heywood said.

Given the political climate in the Legislature, with a Republican-controlled Senate that appears opposed to the CRC, Heywood said he recognizes the resolution could be a long shot.

“I’m not sure it will have any effect,” Heywood said.