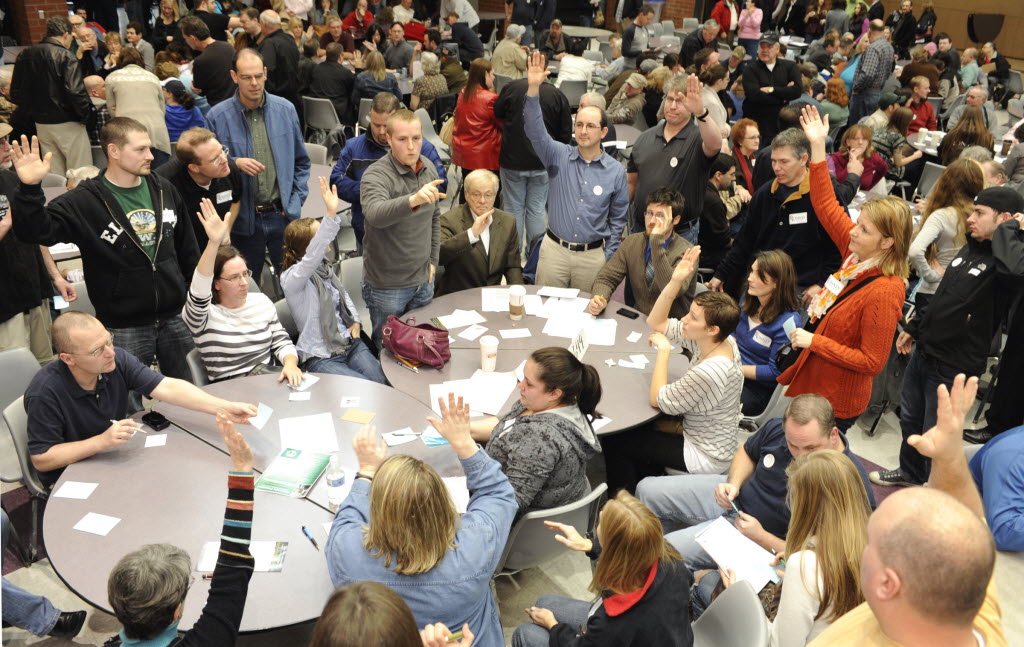 Republicans meet at a precinct caucus March 3, 2012, at Heritage High School in Vancouver. (Greg Wahl-Stephens for the Columbian)

Political activists in Clark County can mark their calendars.

Democratic caucuses are May 9, and the Clark County Democratic Convention is April 12, according to the state Democratic Party. Instead of getting together for caucuses or conventions, the state’s Republicans say they will meet for a conference in June in Eastern Washington.

The caucus and convention process allows activists to hear from leaders in their party and create a party platform. In a presidential election year, they also help decide the party’s presidential nominee.

For the May 9 caucuses, Democratic activists will meet based on which of the state’s 49 legislative districts they live in. In Clark County, Democrats are postponing the legislative district caucuses until their April 12 convention, which will take place at Fort Vancouver High School.

Each district caucus will select delegates to attend the state convention on June 21. More information about the convention and caucuses will be available in the months ahead on the Washington State Democratic Party’s website.

Because it’s not a presidential election year, the state Republican party will skip the caucus and convention process and host a conference June 20-21 in the Tri-Cities. It’s an opportunity for Republican activists to network and meet candidates. Any Washington state Republican can attend.

For more information about the Republican convention, watch the State Republican Party’s website.