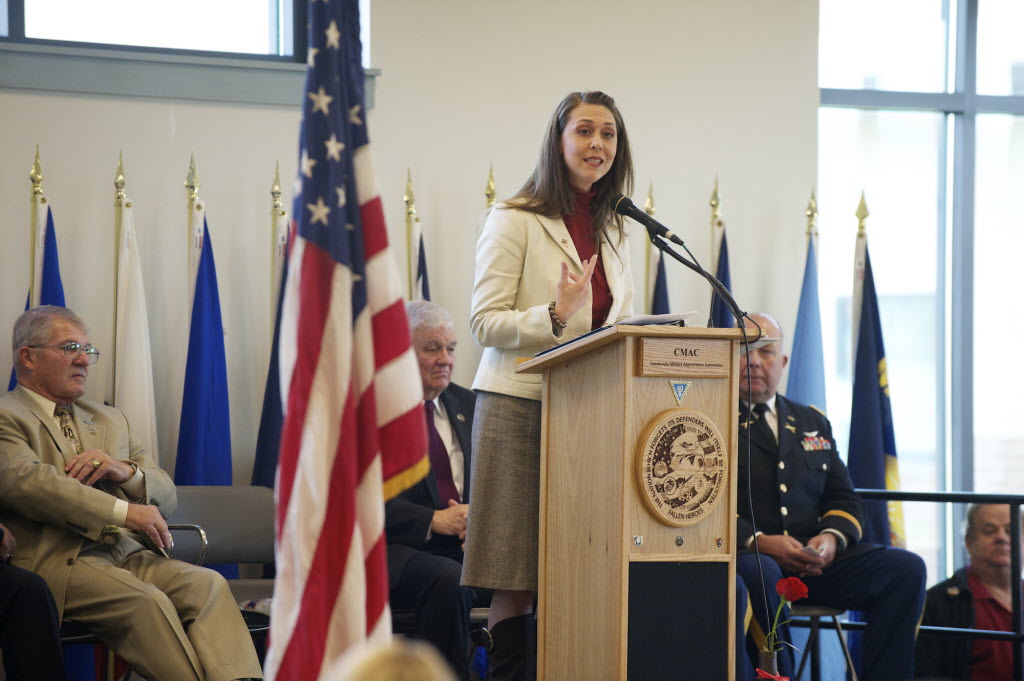 With U.S. House elections less than a year away, U.S. Rep. Jaime Herrera Beutler, R-Camas, has drawn one challenger from her own party, and now it appears at least two Democrats are thinking about entering the race.

Vancouver resident Maureen Winningham, a 47-year-old Democrat, said Monday that she’s exploring her options when it comes to running for Herrera Beutler’s 3rd District seat. Winningham is the head of global research and development and information technology at McAfee, an Intel company that specializes in computer security.

Winningham said she doesn’t want to wait until she’s retirement age to run for office. She said Congress could benefit from more women who are able to have robust discussions without getting into screaming matches.

“It’s almost like politics has turned into war,” Winningham said. “I have worked to achieve recognition in my career, have a very supportive husband and a dynamic 8-year-old daughter and traveled the world making friends in my career. Now it is time to give back.”

Winningham is certified as a conflict mediation trainer and mentors young women and girls who are interested in science, technology, engineering and math (STEM) fields. She recently completed a seven-month training program through Emerge Oregon, which prepares Democratic women to run for public office. According to Emerge Oregon, Winningham’s political interests include fiscal policy, education and geoeconomics, which studies the relationship between politics and the economy.

If Winningham decides against running for Congress, there are some other elected positions that could appeal to her in the future. She said she’s been watching the Clark County commissioners “with keen interest.”

Jon Haugen, the Democrat who unsuccessfully ran against Herrera Beutler last year, said he received a call last week from a Democrat looking to run in the 3rd District. Haugen, who said he will not run for Congress in 2014, was short on details but did say the candidate plans to make a candidacy announcement after the Super Bowl next year.

Was Winningham the candidate who talked to Haugen? Nope. It was somebody else, he says.

During Herrera Beutler’s 2012 campaign, she didn’t face a Republican challenger, and the Democratic Party didn’t throw much support behind her opponent, Haugen. She appeared to coast to victory, earning 60 percent of the vote in the general election.