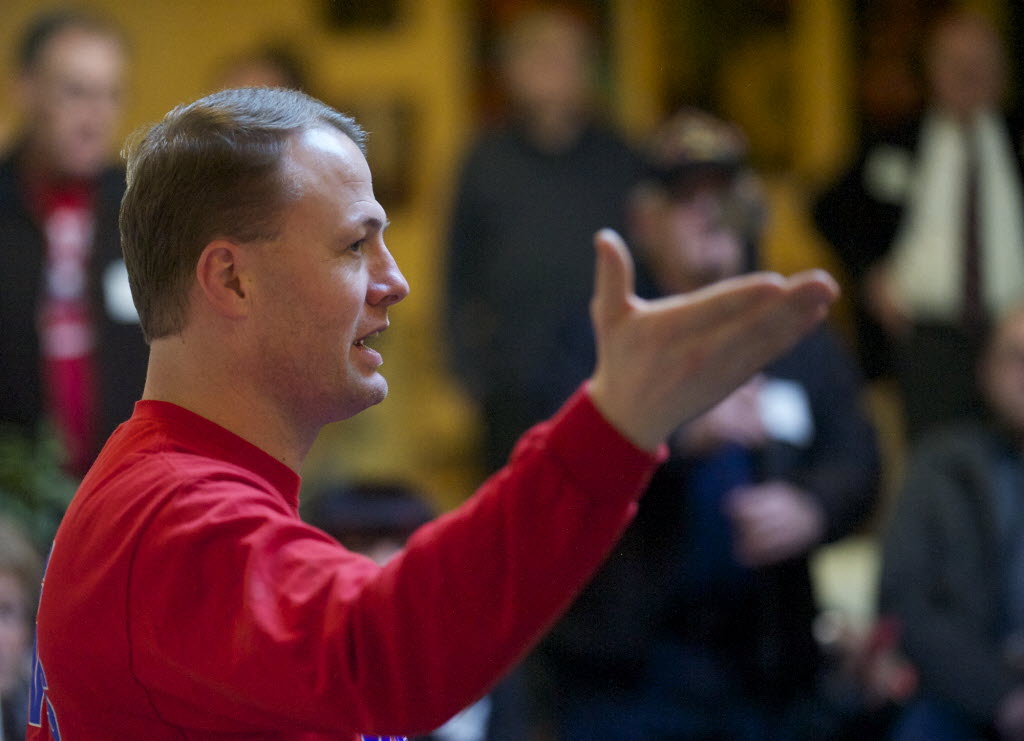 The result of a Clark County advisory vote about light rail caught the eye of conservative activist Tim Eyman, who called the election outcome a “stunning 67 percent defeat for light rail.” Political activist Tim Eyman joins opponents of light rail for a rally at the Vancouver Market Place in March.

“Finally!” Eyman, and other members of Voters Want More Choices, wrote in an Election Night statement. “The people of Clark County had the chance to express their position on the (Columbia River Crossing’s) light rail project and … they hate it!”

That’s certainly one way to interpret the election results, but the ballot technically didn’t ask voters whether they support or oppose light rail.

Clark County Advisory Vote No. 1 asked voters whether county commissioners should approve a resolution that “opposes any light rail project in Clark County unless it is first supported by a majority of the voters in a county-wide advisory vote.”  Also of note: advisory votes are nonbinding.

In other words, a yes on Advisory Vote No. 1  means voters want another chance to vote on light rail in a nonbinding way. They would like commissioners to oppose a light rail project if that nonbinding vote shows voters don’t like the project.

Still, CRC and light rail critics view last night’s advisory vote outcome as a big win. Expect this to remain a talking point as the CRC debate rages on.