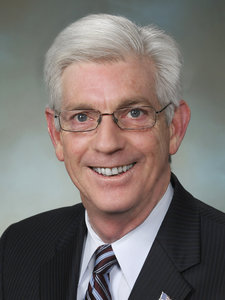 Chandler represents the 15th Legislative District. His appointment means Chandler will be the chief negotiator for the House Republicans when it comes to hammering out a state operating budget.

“This role requires a great deal of listening as well as a strong understanding of how the state’s budget affects families across our state every day,” Chandler said in a statement. “The budget is about more than just numbers — it impacts our families and communities for years to come.”

The representative said he will support fiscally responsible policies that put education, public safety and caring for the state’s most vulnerable citizens first.

Chandler replaces Rep. Gary Alexander, R-Olympia, who plans to resign from his House position before the 2014 Legislature convenes in January.