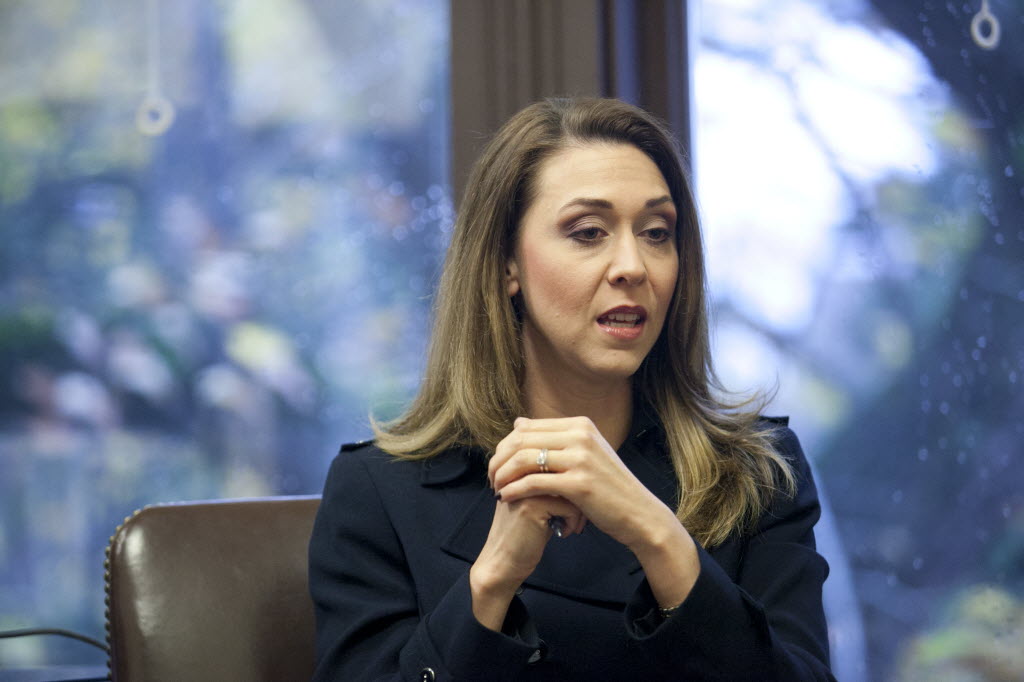 One week into the partial government shutdown, U.S. Rep. Jaime Herrera Beutler had an estimated approval rating of 45 percent in her district, while 37 percent disapproved of the job she was doing and 17 percent were unsure, according to a poll conducted on Oct. 8 and Oct. 9 by Public Policy Polling. U.S. Rep. Jaime Herrera Beutler, R-Camas, talks to The Columbian in 2012 about what she expects during her second term in Congress.

Later on in the survey, participants were asked if they would be less likely or more likely to vote for the Camas Republican if they knew she “voted to support shutting down major activities of the federal government as a way to stop the health care law from being put into place.”

The survey questioned 862 registered voters in the 3rd Congressional District, which  includes a majority of western Washington south of Olympia. The poll was paid for by MoveOn.org, a liberal group. Its local chapter once organized a protest outside of one of Herrera Beutler’s fundraisers.

Roll Call’s Stu Rothenberg recently criticized Public Policy Polling’s surveys on Republican candidates and the shutdown, saying the results must be taken with a grain of salt.

“The ‘polls’ did not include head-to-head ballot tests of likely nominees (even though the surveys could have included candidate names in many contests), but instead relied on a messy question,” Rothenberg wrote. “The results are of little or no use because that is not the choice voters will face on Election Day.”

Additionally, poll results showed 36 percent of those surveyed in the 3rd District  had a favorable view of the Tea Party, while 50 percent found the group unfavorable. Thirty-four percent supported a government shutdown as a strategy to stop the health care law from going into effect, while 60 percent opposed it. Thirty-six percent supported allowing the nation to default on its loans by not raising the debt limit, and 53 percent opposed default. The rest said they were not sure.

Herrera Beutler’s spokesman, Casey Bowman, also called the survey results into question. “They are a Democratic-aligned polling firm that has come under fire both for their methodology and for cherry-picking their results,” he said by email on Monday.

You can read the survey questions and view the survey’s cross-tabs here.

Two weeks after the government shut down, Herrera Beutler said she no longer supported budget negotiation demands that the 2010 Affordable Care Act, or Obamacare, be dismantled or defunded. She voted on Wednesday on a budget deal that re-opened the federal government — a vote that’s landed her in hot water with Clark County GOP leaders.