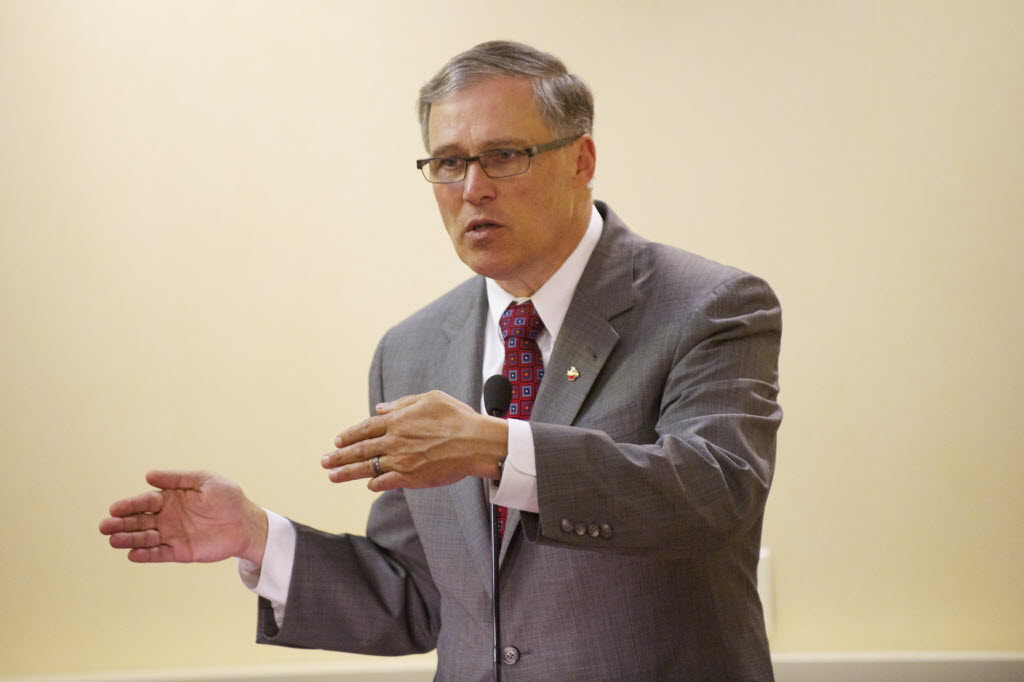 Washington Gov. Jay Inslee says his attorney general stands by a recent legal analysis stating an Oregon-led Columbia River Crossing project could be built on Washington soil, even without the approval of the Washington Legislature.

Inslee made the comments in response to a sternly worded letter state Sen. Ann Rivers, R-La Center, and other members of the Senate’s majority coalition sent the governor late last month. Washington Gov. Jay Inslee speaks at an event in Vancouver in March.

In Inslee’s letter sent to the lawmakers Oct. 2, he also says that the state Department of Transportation’s “ability to allow Oregon to construct, operate and maintain a bridge over the Columbia River is consistent with the longstanding and routine cooperative agreements used by Washington and Oregon for many bridges spanning the two states.”

Attorney General Bob Ferguson’s top assistant said last month that Oregon can conduct CRC work in Washington as long as Washington doesn’t contribute any money to the project. And, an inter-local agreement between the two states could be agreed upon by Washington’s executive branch, rather than its legislators.

Rivers, who worked to defeat the CRC this year in the Washington Legislature, called the Oregon-led plan “frightening.” The letter she and other legislators sent to Gov. Jay Inslee on Sept. 26 says the Oregon-led plan contradicts the principle that Washington state balance its power among its different branches of government.

The lawmakers also said they would be much less willing to negotiate on a transportation revenue package if Inslee helps Oregon move forward on the CRC. They said moving forward with the Oregon-led CRC would make the state vulnerable to a lawsuit.

Inslee said Ferguson made it clear that liability issues regarding the CRC have been considered. In regards to the transportation package, he added: “I am confident that responsible legislators will work to provide our citizens safe and reliable transportation at hundreds of locations across the state … and will not allow policy disagreements about light rail over the Columbia River to get in the way of this important effort.”

State Sen. Curtis King, R-Yakima and Senate Transportation Committee co-chair, told The Columbian’s editorial board on Monday that he wants to see a new Columbia River bridge between Vancouver and Portland included in the transportation package, but that he doesn’t want a bridge with light rail.