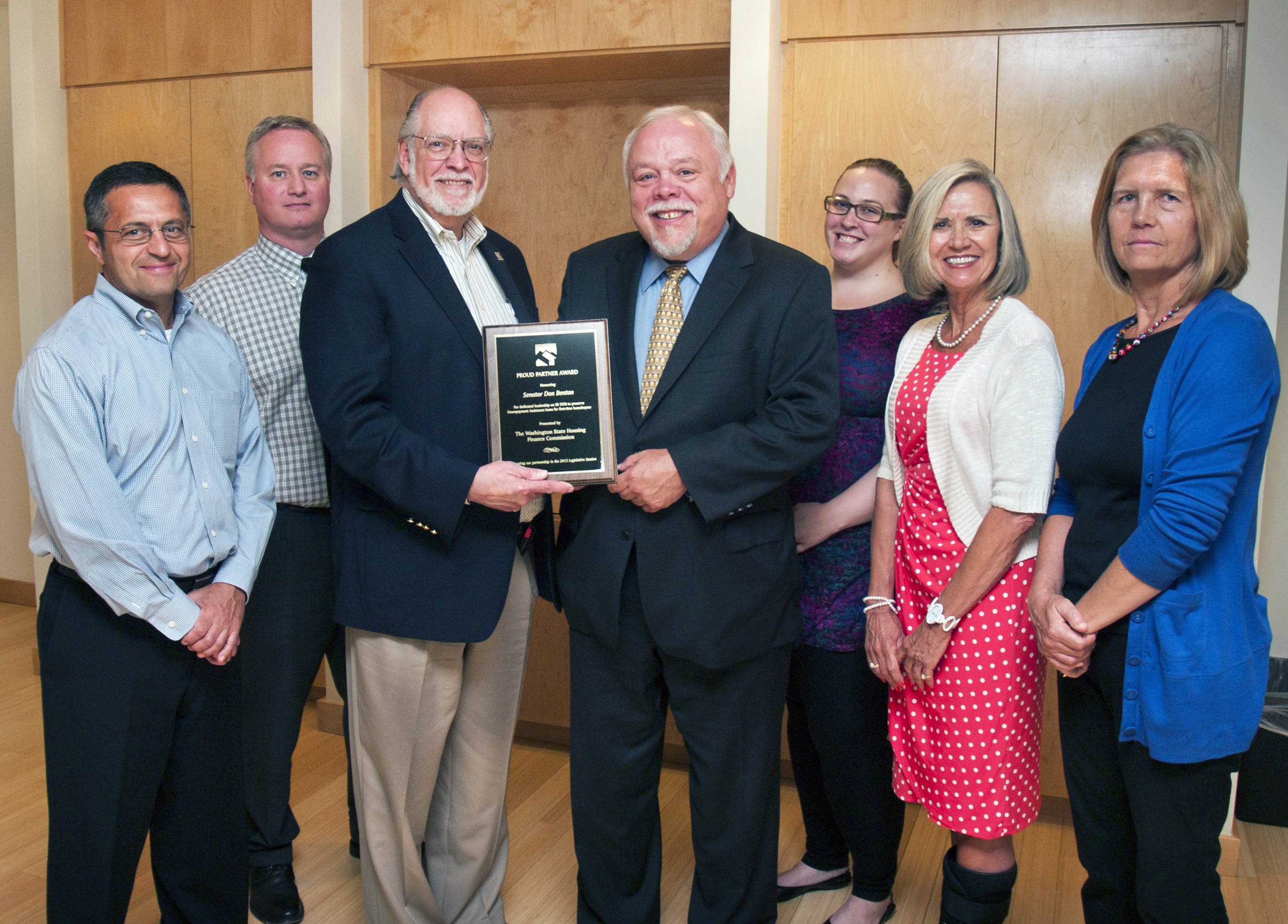 State Sen. Don Benton, R-Vancouver, received kudos this week for advancing a bill that makes it easier for low-income families to become homeowners.

The Washington State Housing Finance Commission gave Benton its Proud Partner award Tuesday, applauding his key role in moving the 2013 legislation, according to a news release. The bill, which became law in April, lets the commission directly make down payment assistance loans to first-time homebuyers. “When the commission needed my help this year I was glad to step forward,” Benton said in a statement. “For the past 30 years, the Washington State Housing Finance Commission has done important work that state government can’t do directly, by helping people get into decent, safe, sanitary, and affordable housing.”

Benton is ranking Republican on the Senate Financial Institutions, Housing and Insurance Committee. Although he wasn’t a sponsor of the legislation, he used his committee position to help advance it.

The state’s Housing Finance Commission was created by the Legislature in 1983, but it is not a state agency and it does not receive state money. Instead, it passes on federal financing to first-time homebuyers and nonprofit organizations.