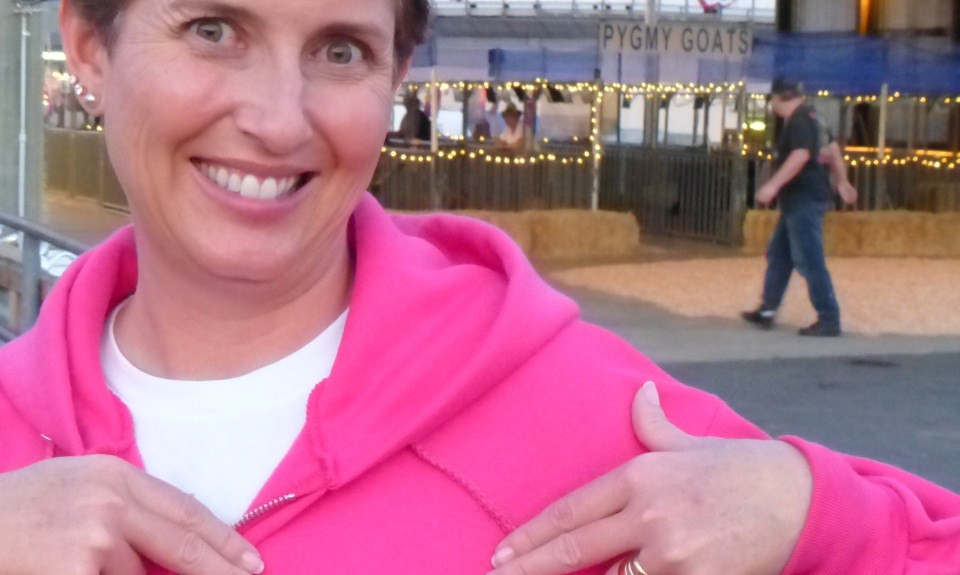 I am SO excited to finally see some cool Fair-logo stuff for sale!  I love being a billboard for My Favorite Party on the Planet, so I have been harping for a few years that the Fine Fair Management People needed to have a little souvenir stand.  And now they do!  It’s down by the Blue Gate near the Pirate Diving show.

I have to admit, I was a little surprised by the prices.  They are high.  $45 for an adult sweatshirt, $20 for adult t-shirts, $5 less for kids’ gear.  Hats (baseball and military-style) are $20-$25.  The cinch sack for $10 is a good deal, though.  The one I had made a few years ago cost me about twice that.  Probably because it has a very particular shoe company’s swish on it.

One really awesome thing about the prices, though:  a local non-profit is sharing in the proceeds.  A woman working the Gear Booth said that the Fair is giving the Metropolitan Performing Arts Academy a “very generous” percentage of the profits that come in from the swag.  That made me feel all warm and fuzzy.  Yay community-minded Fair Management People!

Like my new sweatshirt??  I got a $5 lapel pin for my cinch sack, too.