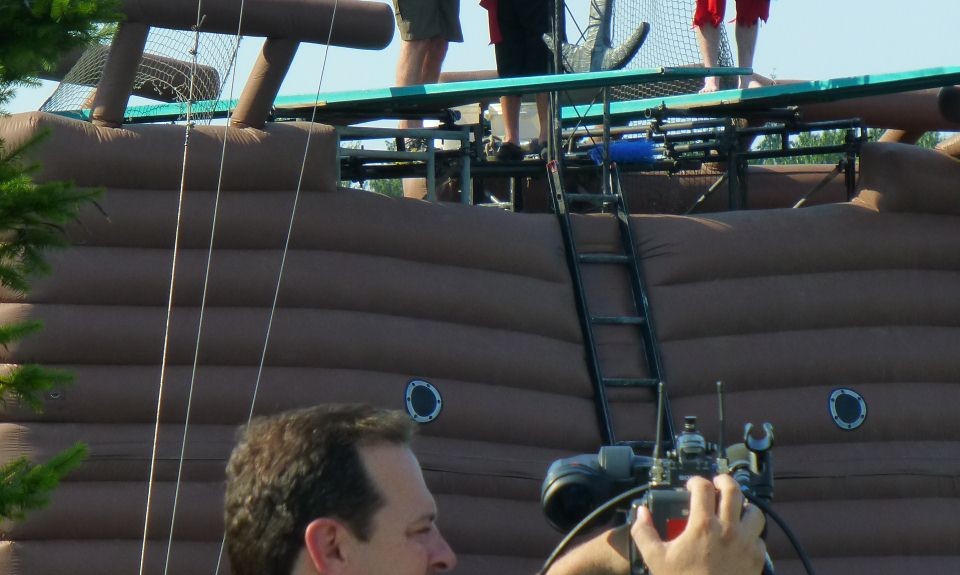 Well, we haven’t seen the Pirate Diving Show yet (officially called the “Pirates of the Carribean Fire Dive Show”). But we arrived just in time for a live spot on the 5:00pm news for KATU – this year’s official sponsor of the Fair’s carnival. I don’t recall the carnival having a sponsor before. Hmmm. Anyway, it was cool to see Dave Saleskey up there on the diving board. He didn’t jump, though. Turns out the Pirate Diving Show is where the Dock Dogs used to be. I thought the seals were here. Instead, the seals (officially the “Sea Lion Splash” show) are out by the Green Gate where the firey divers were last year…and the pirate parrot guy the year before that.

Oh, and speaking of the pirate parrot guy, he’s back! But there are no grandstands so I’m not sure if he’s doing a show or just parrot education. Which, based on prior years, is actually quite interesting. And the pirate is a hoot. The pirate and his parrots are now near the east end of the horse barn, where the sign carving guy used to be. No sign of the signs yets.

Confused? Good news is, the daily Fan Fair schedule has a map on it. Be sure to pick yours up when you enter the gates!