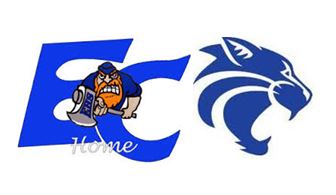 EATONVILLE 23, LA CENTER 20
La Center’s season comes to an end, one win away from a berth to the Class 1A state playoffs.

Almost made it back:
In the third quarter, it looked like Eatonville would run away with the game. The Cruisers scored a touchdown on the first drive of the second half to go up 20-7, and the Wildcats offense to that point had only mustered one sustained drive.
La Center kept running the ball with Cole Judd but what got the Wildcats back in the game was big plays from the passing game. La Center QB Zach Galster, filling in for the injured Jeremy Scott, connected on six of his final eight passes.
Galster got better as the game went along but it also helped matters that Dalton Morgan was doing everything for the Wildcats. Morgan scored all three Wildcat touchdowns with two touchdown catches and one TD run. Morgan even came close to throwing a TD pass on a double-pass play in the fourth quarter to Jake Wise, which resulted in a 42-yard gain.

Big-time opponent:
The La Center defense went up against the Eatonville’s aerial attack, led by Jacob McCormick. The quarterback now has thrown 23 touchdowns and close to 2,100 yards this season.  McCormick hit six different receivers on the night. The Cruisers also had balanced attack, running the ball 31 times to 29 pass plays.
That balance kept the La Center defense on their toes and helped Eatonville run down the clock with their running game.

One last chance:
La Center got the ball back for a potentially game-winning drive with two minutes left, starting at the 2-yard line. After a couple of big plays, the Wildcats were in Eatonville territory. However, Galster got drilled on a pass play designed for a jump ball for one of his receivers. An Eatonville defender ripped the ball away.

La Center legacy:
The Wildcats have made the playoffs 14 out of the last 15 seasons and head coach John Lambert expressed his gratitude and his pride for what his players have done.
“These kids, they grow up in this town,” Lambert said. “They don’t transfer from places to go to La Center. They grow up as little kids, coming to these games, watching these games. And they’re part of building our legacy.”