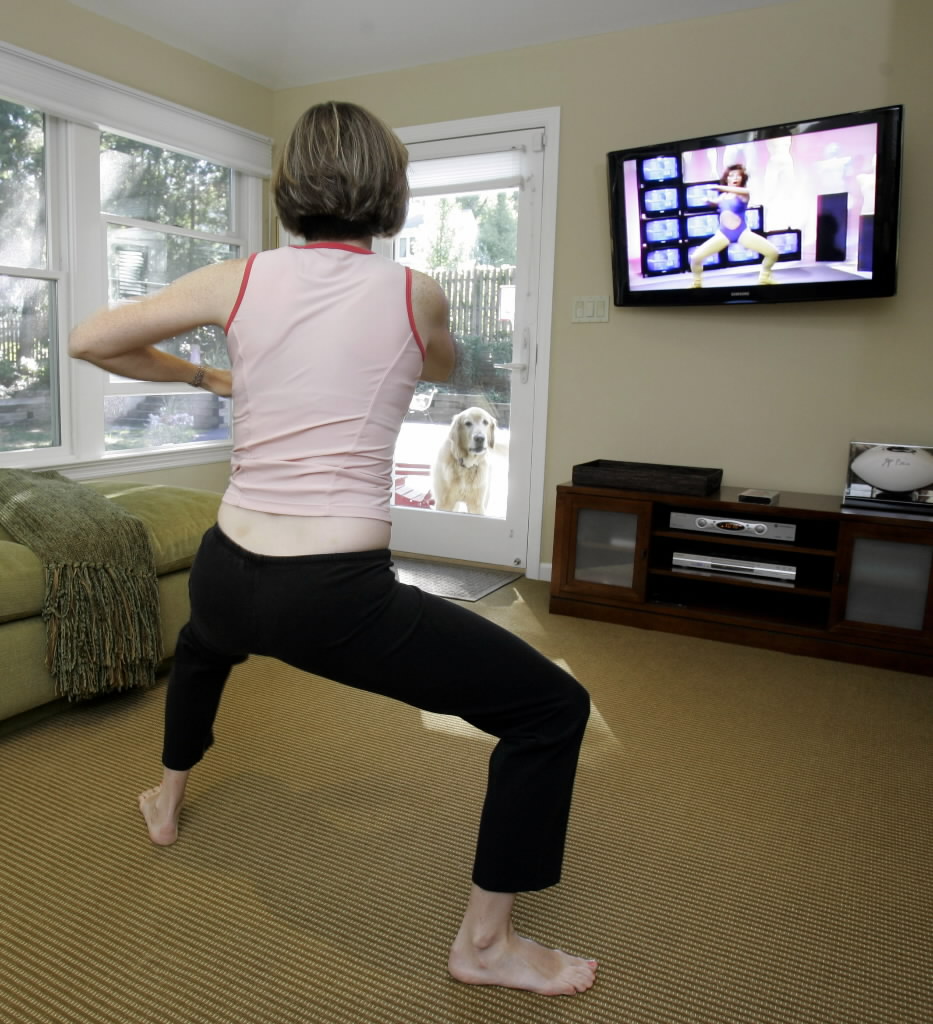 Those exercise DVDs that allow people to work out from the comfort of their own homes may be inflicting psychological damage.

Oregon State University researchers conducted a study of 10 popular commercial exercise DVDs and found that many include negative imagery and demotivating language.

Imagery in the fitness videos may also be perpetuating and reinforcing hyper-sexualized and unrealistic body images, said Brad Cardinal, a kinesiology professor at OSU’s College of Public Health and Human Sciences, in a news release.

The researchers found that one in every seven motivational statements in the videos was actually a demotivating statement that could reduce the effectiveness of the workout, diminish the user’s hope and potentially cause psychological harm, Cardinal said in the news release.

“These findings raise concerns about the value of exercise DVDs in helping people develop and commit to a workout program,” Cardinal said. “There are a lot of exaggerated claims through the imagery and language of ‘do this and you’ll look like me.’”

The researchers reviewed 10 popular instructor-led fitness DVDs. They found that most of the instructors were slim, female and white, and they typically wore revealing clothes.

That, Cardinal said, sends a subtle message about what people who are fit should like and perpetuates the objectification of the female body and emphasizes physical appearance as opposed to improved health.

The researchers also found that a quarter of the language used by instructors was motivational, but one of every seven statements was considered negative. Negative statements included phrases such as, “you better be sweating” and “you should be dying right now,” according to the researchers.

Those types of phrases, Cardinal said, focus on outcomes, encourage social comparison and don’t take into account individual differences. The “tough love” phrases can also have a harmful effect because they can lead to injuries, he said.

“You’re inviting into your home these images and messages that could make you feel bad about yourself, and ultimately hinder your efforts to improve your health,” Cardinal said. “If the experience is not positive, the likelihood the person is going to continue with an exercise program diminishes”

“Buyers should beware when making these purchases,” he added. “Remember that we all have different body shapes and styles, and our bodies may respond differently to the exercises being shown. Don’t expect to get the same results as what you see on the screen or compare yourself to others.”