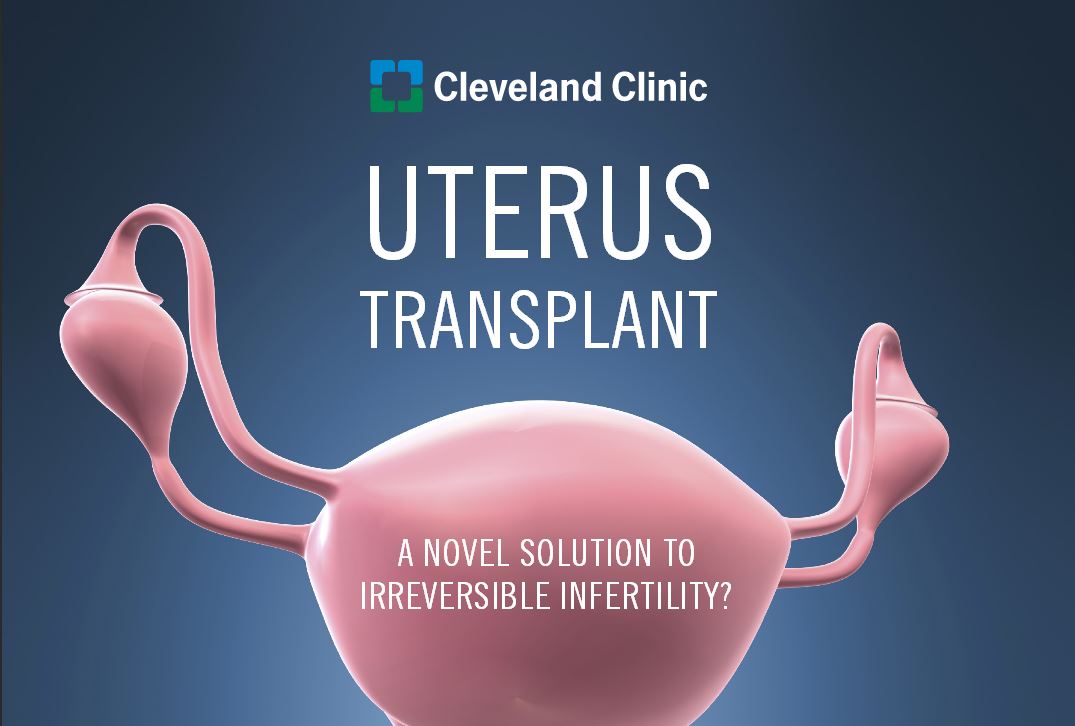 The Cleveland Clinic is launching a clinical trial to explore the possibility of uterine transplantation.

You read that correctly.

Researchers want to transplant uteruses from deceased donors into 10 women with uterine factor infertility. These are women who were either born without a uterus or suffered irreversible uterine damage.

It’s unclear how common uterine factor infertility is, but experts estimate is affects thousands of women of childbearing age, according to the Cleveland Clinic.

“Although there appears to be potential for treating UFI with uterine transplantation, it is still considered highly experimental,” said Dr. Tommaso Falcone, OB/GYN & Women’s Health Institute chair, in a news release. “Cleveland Clinic has a history of innovation in transplant and reproductive surgery and will explore the feasibility of this approach for women in the United States.”

The Cleveland Clinic trial will be the first of its kind in the U.S.

Two early international attempts at uterus transplants were unsuccessful, with organ rejection being a significant factor.

After years of research, a Swedish team was able to manage mild rejection during pregnancy. As of September of this year, nine uterus transplants had been performed in Sweden, resulting in five pregnancies and four births.

The Cleveland Clinic is now beginning the screening process for its study, which will include 10 women between 21 and 39 years old.

The selected women will begin the in vitro fertilization (IVF) process, in which their ovaries are stimulated to produce multiple eggs that are removed and fertilized with sperm in the lab. Ten embryos will be selected and frozen for each woman.

After that process, the organ procurement team will search for a healthy uterus donor 18 to 40 years old. The transplant will take place within six to eight hours.

One year after the transplant, the woman’s uterus will be fully healed. Her embryos will be thawed and implanted one at a time. The goal is one to two pregnancies.

The woman will be monitored throughout pregnancy and will take anti-rejection drugs. The baby will be born via cesarean section.

The organ transplant is not intended to be permanent. After one to two babies, the woman will stop taking the anti-rejection drugs and undergo a hysterectomy to remove the transplanted uterus.

“We are proud to have received approval to move forward with this novel study,” Falcone said.” It is a product of many years of research, the expertise of our medical teams and the support of our organization.”