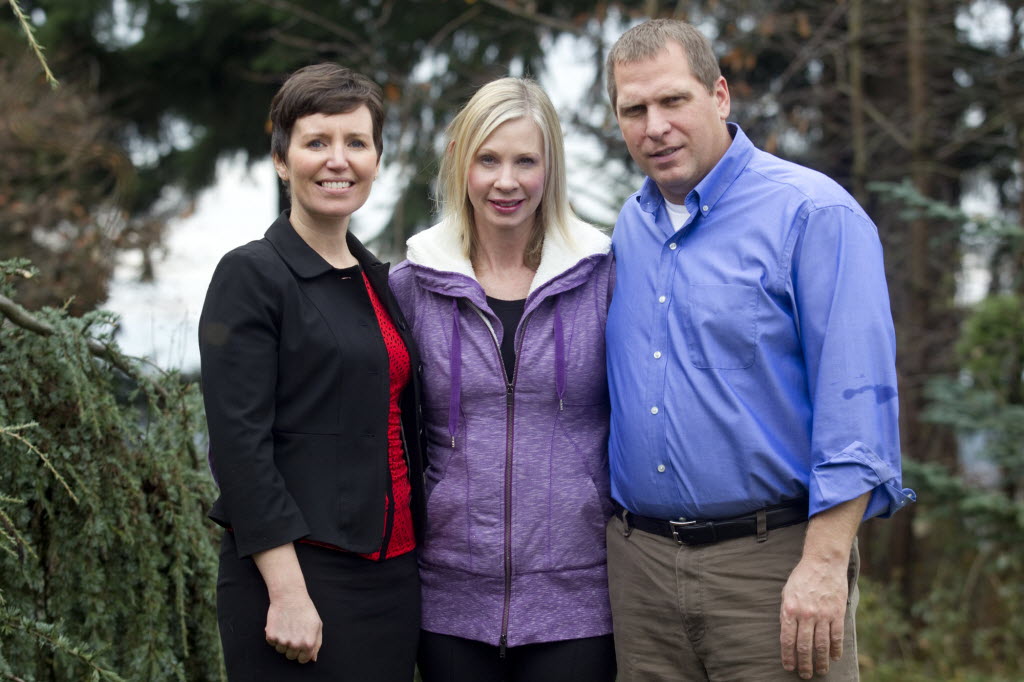 That solution is currently in the research phase and is now moving closer to the operating room. Their story was first featured in The Columbian on Dec. 15.

Ilene and Jarrett LeClaire, of Vancouver, and Jarrett’s business partner Dr. Jamie Khaw, a general surgeon, learned on Tuesday they won a $250,000 grant to finish their research.

After Ilene LeClaire was diagnosed with Stage 1 breast cancer, she underwent mastectomy surgery. But, because the cancerous tissue was close to the skin, the surgeon was unable to successfully get negative margins — a certain amount of cancer-free tissue surrounding the tumor — during the procedure.

The LeClaires learned that second surgeries, called re-excisions, aren’t uncommon. The re-excision rate for women with early-stage, impalpable (unable to feel) cancer is about 25 percent.

The reason: Surgeons cannot feel the cancer and have to rely on 2-dimensional images and a wire marker to know what tissue to remove.

Jarrett LeClaire and Khaw came up with the idea to create a solution that could be injected into the cancerous tissue using the same imaging currently used to place the wire marker. The polymers are liquid at room temperature but turn to a gel at body temperature to create a marble-like marker in the breast.

Students in the biomedical engineering program at Texas A&M University worked on the project for a year before LeClaire and Khaw turned to Pacific Northwest National Laboratory. Barbara Tarasevich, a research scientist at the lab, has spent the past few years further developing the polymers.

LeClaire and Khaw are applying for grants to finish the work and eventually, begin the lengthy process for Food and Drug Administration approval.

This week, they learned they we were one of five projects selected for proof of concept grants through the state Life Sciences Discovery Fund, which invests money from the Master Tobacco Settlement Agreement in research and development across Washington.