Researchers are creating a ‘smart bra’ 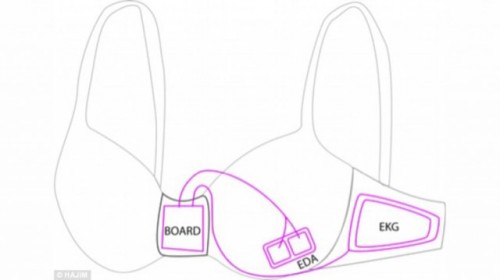 On the heels of the Xbox One release, researchers at Microsoft are working on the next big thing: the smart bra.

The new women’s undergarment was revealed in a new paper, “Food and Mood: Just-in-Time Support for Emotional Eating,” from Microsoft Research. Here’s how the bra works, according to an article on Mashable:

The idea is to measure your emotional state via sensors built into the bra, cross reference that with your feelings when overeating in the past, and send a warning to your smartphone if the system thinks you’re likely to reach for the jar of cookies at any minute.

Apparently, women participating in the study had to remove and recharge their bras every three to four hours, which is super convenient.

But, according to the researchers, the bra could predict the women’s emerging emotional states with about 75 percent accuracy.

What the researchers didn’t determine was whether an alert informing a woman she’s in an overeating mood would make her less likely to reach for those cookies.

Either way, the researchers are working to create a product that “stands up to everyday challenges with regards to battery life, comfortability and suitability for both men and women,” according to the paper.

You hear that? Smart man-bras are coming, too.