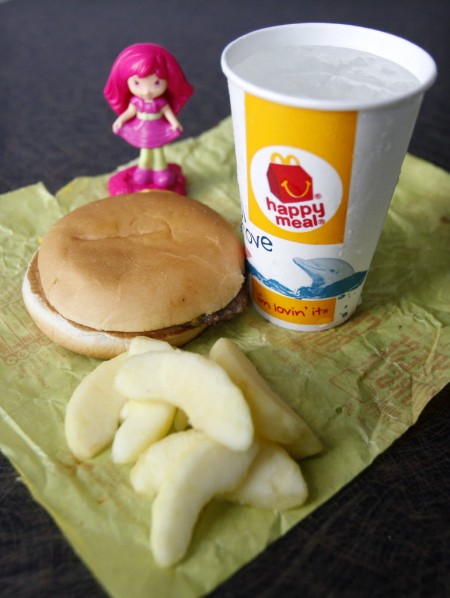 Fast food restaurants may be touting efforts to promote healthier options to children, but they still have a long way to go to make a meaningful impact, according to a new report out of the Yale Rudd Center for Food Policy & Obesity.

The report, “Fast Food Facts 2013,” takes a look at fast food restaurant marketing efforts and meal offerings. The report is a follow-up to a report released in 2010, according to a Yale News article.

The researchers examined 18 of the country’s top fast food restaurants and documented changes in the nutritional quality of menu items. They also looked at changes in marketing to children and teens on TV, Internet, social media and mobile devices, according to the article.

“There were some improvements, but they have been small, and the pace too slow,” said Marlene Schwartz, Rudd Center director, in the article. “Without more significant changes, we are unlikely to see meaningful reductions in unhealthy fast food consumption by young people.” Here are some interesting findings from the Fast Food Facts report:

-Every day, 33 percent of children and 41 percent of teens consume fast food. And most children do not consume kids’ meals when they visit fast food restaurants (only 44 percent of kids younger than 6 eat kids’ meals).

-Only Subway, Burger King, Taco Bell, Arby’s and Jack in the Box offered main dish options that were not too high in calories, sodium or saturated fat.’

-TV advertising viewed by children ages 6 to 11 declined by 10 percent. McDonald’s and Burger King reduced advertising to children by 13 percent and 50 percent, respectively.

-But McDonald’s continued to advertise more to children than to teens or adults on TV – the only restaurant to do so.

You can check out more Fast Food Facts here.

Anything surprising to you?