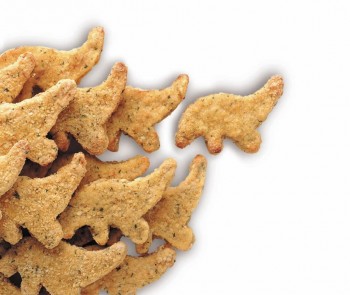 Apparently, it can — as long as the other 50 percent is chicken fat, blood vessels, cartilage and bone.

A new study released by Mississippi researchers discovered those chicken parts when examining chicken nuggets from two unidentified national fast food chains in Jackson, according to a Reuters article.

The researchers selected one nugget from each box and examined it under a microscope. The findings are surprising people across the country.

One nugget was about half chicken muscle, which is the breast or thigh meat people often refer to as chicken “meat.” The rest of the nugget was fat, blood vessels and nerves. The nugget also contained cells that line the skin and internal organs of chickens, according to Reuters.

The second nugget was only 40 percent muscle. The rest of the nugget was fat, cartilage and bone fragments, according to the story.

“What has happened is that some companies have chosen to use an artificial mixture of chicken parts rather than low-fat chicken white meat, batter it up and fry it and still call it chicken,” lead author Dr. Richard D. deShazo told Reuters. “It is really a chicken by-product high in calories, salt, sugar and fat that is a very unhealthy choice. Even worse, it tastes great and kids love it and it is marketed to them.”

The National Chicken Council (yes, it’s a real organization) points out that the study only looked at two nuggets – too small of a sample size to generalize to an entire category of food.

What I find more surprising than the study is that people are surprised to learn about the quality of “meat” in their beloved fast food chicken nuggets.

How can people be surprised that the battered and fried white spongy substance is hardly meat?