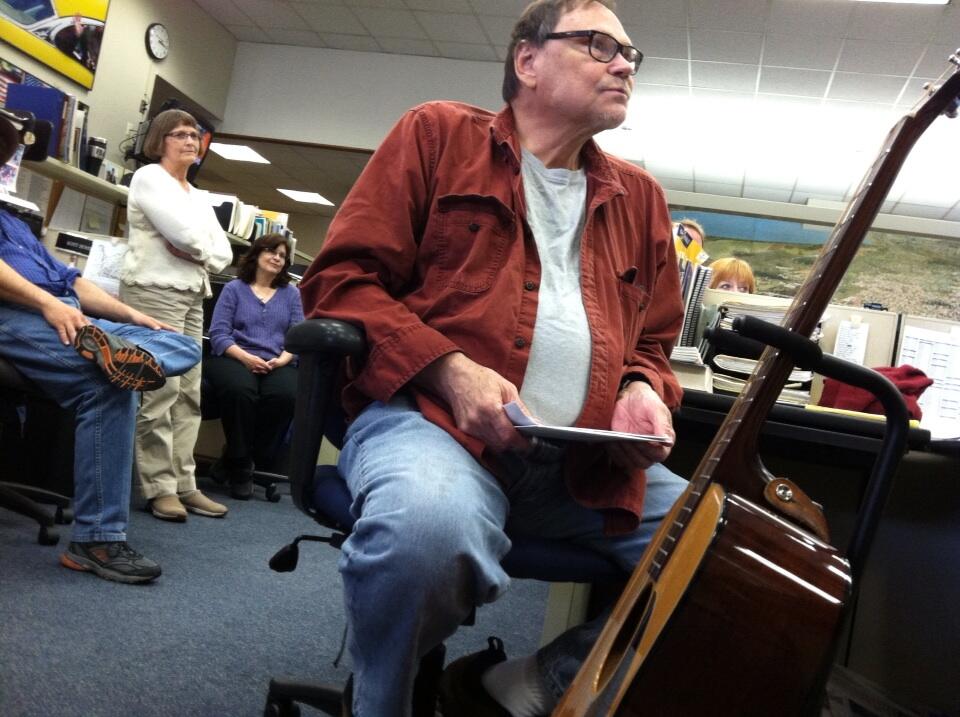 On Monday we got word that longtime Columbian police reporter John Branton died over the weekend. He was 66.

John retired after 27 years at the paper in May 2012. Before he left, he became a member of a select club of Columbian staffers.

You know you’ve made it when Assistant Metro Editor Dave Kern sends you off with a parody song. John left with two, parodies of “Subterranean Homesick Blues” and “Forever Young” by Bob Dylan. Web Editor John Hill caught the thing on video. We thought we’d cut up a few clips to share with Branton’s obit.

It’s not easy to say goodbye to a former colleague, but watching these videos did put a smile on my face.

Rest in peace friend. And may you stay, forever John.