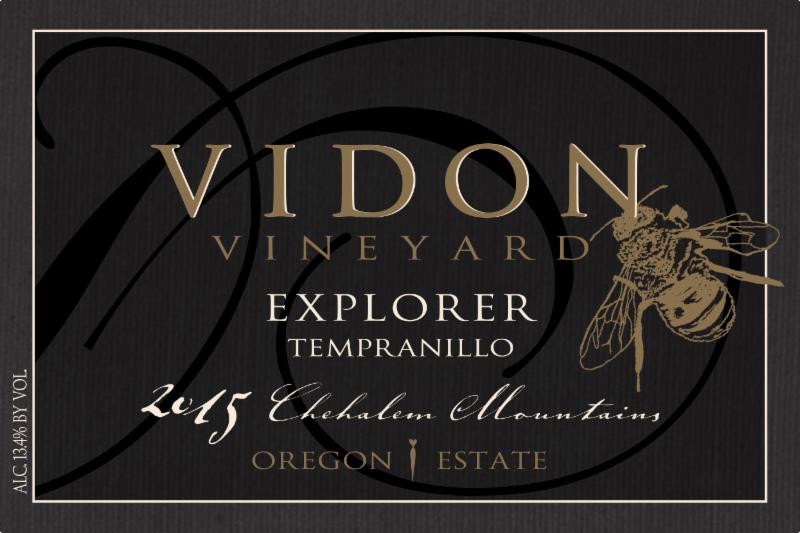 Between 1964 and 1970, Hagge designed, engineered, and tested radiation-detecting equipment for many of NASA’s most high-profile missions. Since 1999 (at age 69), he has applied his formidable intellect and training to growing and making wine at Vidon Vineyard in Willamette Valley. The results are-as one might expect-out of this world. Vidon Vineyard’s 2015 APOLLO Chardonnay celebrates the manned moon exploration program that Hagge worked with as Chief of the Physics Branch from 1967 through 1970. He heard Armstrong’s first words during Apollo 11’s first moon landing, and watched the launch of Apollo 13. Vidon’s ultra-reserve APOLLO Chardonnay is worthy of the illustrious name, crafted from the very best barrel of the 2015 vintage. Fermented entirely by indigenous yeasts (both primary and malolactic fermentations), this Burgundian-styled Chardonnay was aged in a once-used Billon French oak barrel. Only 25 cases made. SATURN Syrah is named for the powerful Saturn V rocket booster that launched the Apollo spacecrafts to the moon during Hagge’s tenure at NASA. Saturn V is the most powerful rocket ever built, capable of launching 130 tons into Earth orbit, and 50 tons to the moon. Vidon’s 2015 SATURN Syrah is a powerhouse in its own right, grown on the warm and rocky south-facing slopes of the Vidon estate. Co-fermented with 2.5% estate-grown Viognier, this wine’s structure and texture offer a welcome departure from delicate Pinot Noir, and a worthy match for indulgent Valentine’s Day fare. 150 cases. The Vidon Vineyard EXPLORER Tempranillo is named for the iconic Explorer satellite program. Explorer 1 was the first U.S. satellite ever placed into orbit in 1958, and the first satellite to carry scientific instruments. Hagge designed on-board instrumentation for Explorers 38, 39, and 40 to measure solar and galactic cosmic radiation in ways not previously possible. Vidon’s EXPLORER Tempranillo is also a trailblazer; this bold Spanish varietal is exceedingly rare in Willamette Valley, because few sites get enough sun to ripen it fully. Vidon planted one of its warmest 0.8-acre blocks to Tempranillo in 2010, and enjoyed a successful first harvest in 2015. 140 cases made.

As a scientist and inventor, Hagge is constantly innovating to achieve the ultimate in quality, consistency and efficiency. He built his own proprietary argon gas wine preservation tap system for his tasting room, which protects the wine from oxygen and extends the usable life of a bottle for up to two weeks. This dramatically reduces waste, but also allows the winery to offer visitors tastings of even micro-production bottlings. In addition, Hagge uses no corks on Vidon Vineyard wine, preferring sterile Vinoseal glass closures to avoid the risk of cork taint and pre-oxydation.

Not surprisingly, perhaps, he has also designed and built a unique bottling line for these closures using pneumatic pressure to insert them, and a space-age heat gun to secure the capsule.

At age 85, Hagge still does the vineyard tractor work and still makes all of the wine.
“You don’t have to be a rocket scientist to make good wine,” he says with a twinkle in his eye, “but it doesn’t hurt if you are.” Vidon’s small, innovative family-owned vineyard and winery outside Newberg is full of the owner/winemaker’s own inventions. Dan Eierdam

Vidon’s newly released space-themed wines are all available directly from the winery’s website and estate tasting room, which is open 11am-4pm on winter weekends and holidays, and daily the rest of the year. Winter midweek tastings by appointment.

Disclaimer: This is a reprint of Vidon Vineyard’s press release