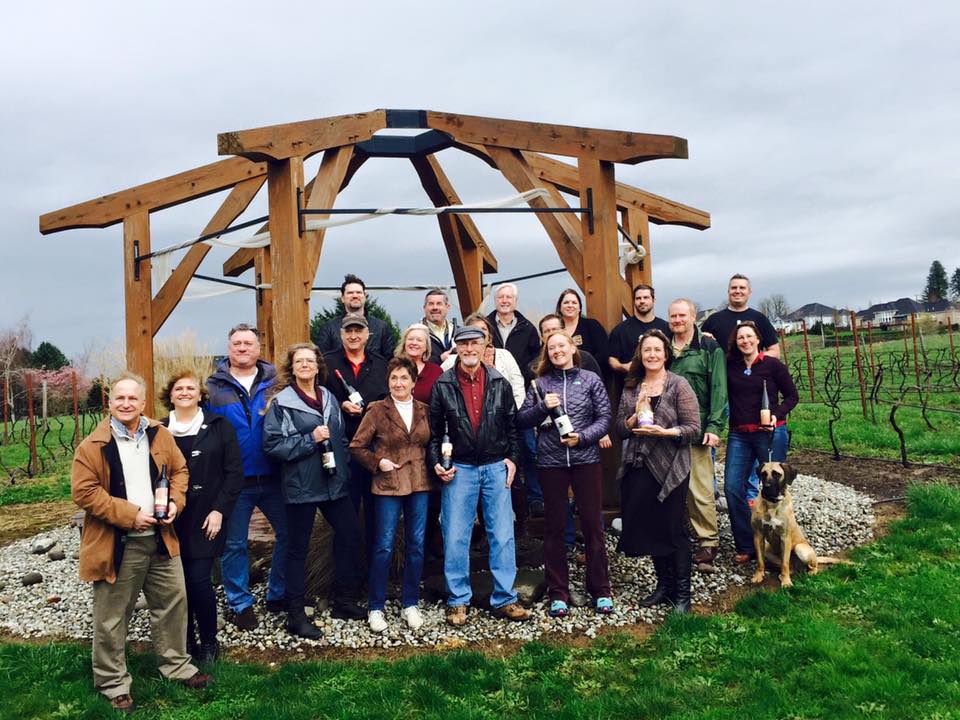 The Southwest Washington Winery Association (SWWA) is pleased to officially announce the formation of a non-profit organization to promote and encourage the development and growth of the grape wine industry in Clark County, Washington.

The growth in the number of both vineyards and new wineries in Clark County have caused the members to feel it was time to unify and provide increasing visibility to the local wine industry in Southwest Washington and the Pacific Northwest. The complete mission statement and goals of the organization are listed on the website at SWWAwine.com/about. A lineup of SWWA wines. SWWA

In the first half of 2016, the Southwest Washington Winery Association’s group activities included a Valentine’s Weekend Wine and Chocolate Tourand a Spring Release Tour on Memorial Day Weekend.   A Food and Wine Pairing Tour is on deck for Labor Day Weekend, and a Barrel Tasting Tour on Thanksgiving Weekend will follow. A committee structure has been set up to carry out the work of the organization. The Association will follow the lead of others in the industry by offering tiers of membership, Voting rights and rates ofmembership dues will differentiate the tiers.  All members will be able to participate on committees. Tier 1 members include wineries licensed, bonded, and operating within the Association’s area. Tier 2 members include tasting rooms, cideries, distilleries, and meaderies operating within the Association’s area. Tier 3 members will include partner businesses and colleagues which are not wineries but which have an interest in supporting the future growth of the Southwest Washington wine industry, such as hotels, restaurants, tour companies, printing companies, tourist attractions, antique dealers, and more. Tier 4 members would include any individuals who wish to join the organization.

Over time, The Membership committee plans more cooperative local events such as educational Board meetings with speakers, establishment of scholarships for students interested in viticulture and enology, and creation of internships for students at local colleges and universities.

Currently the Southwest Washington Winery Association’s members are all located within Clark County, WA, but one day could include members from other counties if the Association’s territory were expanded east to the White Salmon area in Skamania County, where the Columbia Gorge AVA begins, and as far north as Olympia’s southern border, near Thurston County, where the Puget Sound AVA begins.   One association goal is to establish an official AVA (American Viticulture Area) in this region, allowing all wineries within the AVA to identify their grapes as estate grown.

The area’s prime location, just minutes from Portland, provides access to one of the largest metro-areas in the Pacific Northwest.  Additionally, the region sits at the western base of the Cascade foothills and on the North bank of the Columbia River, with soils that provide the excellent drainage vineyards need to thrive. With plenty of moisture in the winter and relatively dry, sunny summers, the area has the potential to meet or exceed the growing conditions of the great wine districts of France.

It is ideally suited for cool climate wine grapes such as those grown in Burgundy, the Rhine Valley, Champagne, and Alsace regions of Europe. Area vintners have been growing and making wines from early ripening reds and cool weather whites in traditional, sparkling, and dessert styles since the late 1970s.  Other dry whites and robust reds are made locally using fruit purchased from Washington State grapegrowers east of the Cascades. With similar climate and soils as the nearby Willamette Valley, the region is already producing International award winning wines and has the potential to develop into an Internationally known wine region on its own merit.

More cooperative local events are planned as well as educational Board meetings, establishment of scholarships for students interested in viticulture and enology, and creation of internships for students at local colleges and universities.

According to association president, Roger Rezabek, “We are embarking on a journey of great significance to the area in terms of tourism, wine making, grape growing, and improving the visibility of our part of the State”.

Disclaimer: This is a reprint of SWWA’s press release