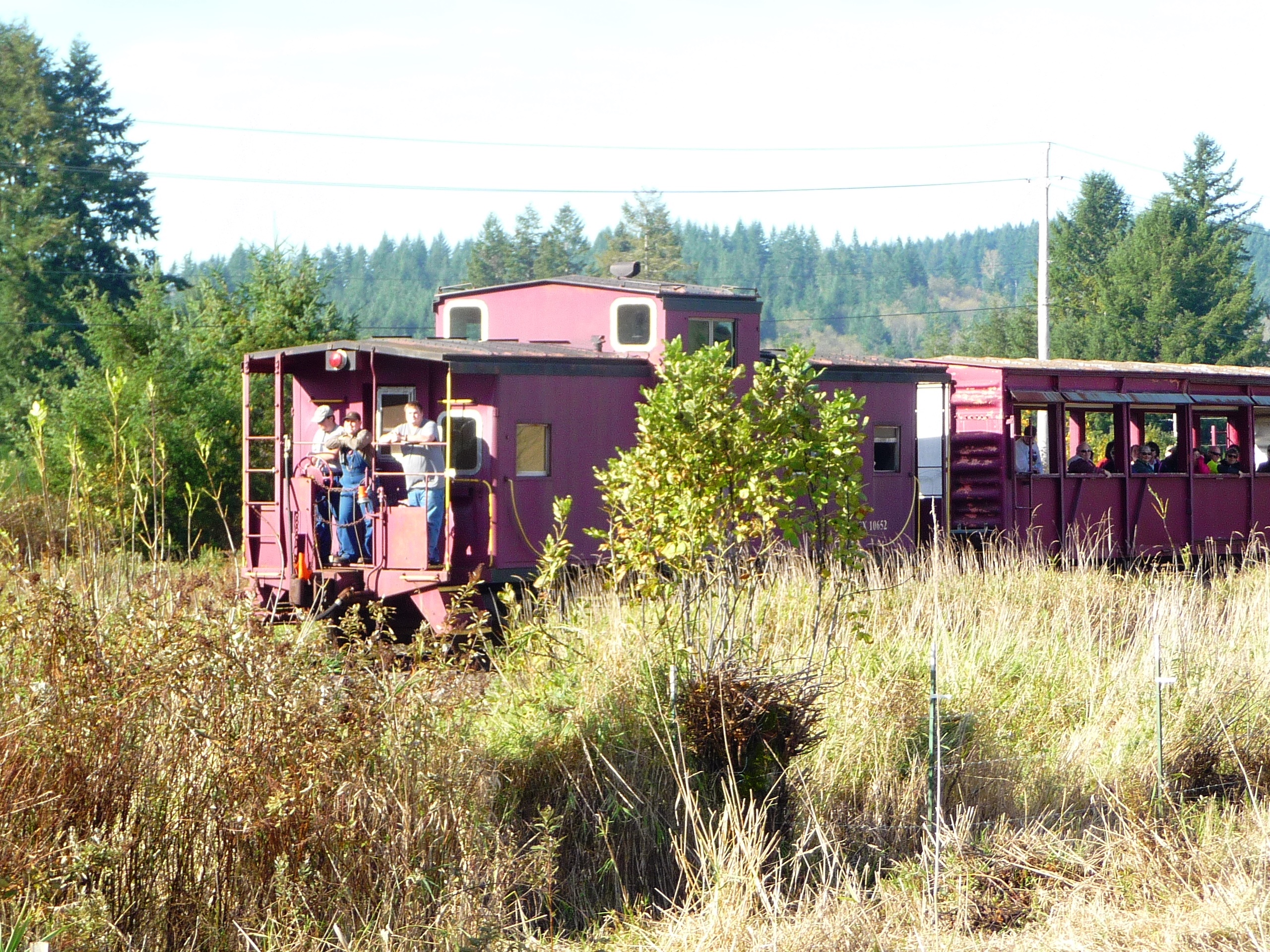 The group of approximately 90 railroad revelers couldn’t have asked for better weather in Clark County in November than this last Saturday. Not only was the sun shining but the changing of the leaves cast breathtaking vistas and picture-perfect moments.

Having not been on the Chelatchie Prairie Railroad Wine Train in the past, I had no idea it could be picked up at the beginning of the line a mile and a half up the tracks from Moulton Falls Winery. From the comments let out as the train approached and the majority of the outside seats were already filled, I gathered no one else knew that either. For the first few minutes of boarding disappointment continued to be expressed but then, just like a long exhale at 5 o’clock on Friday, everyone was walking around, drinking wine, laughing, visiting and chatting up the volunteers for a variety of train information. It became a convivial atmosphere, to be sure.

Would I board at Moulton Falls Winery again? Absolutely. The only real reason I need is the genuine hospitality of the owners, Joe and Susan, but the fact that Joe makes some exceptional wines and the kitchen pumps out meat and cheese platters to take aboard the wine train are some other benefits.

On Saturday the outdoor wood-fired pizza oven was working overtime, as well, and hearty Northwesterners filled their outdoor seating sipping on bottles of Cedar Creek Sangiovese and Big Jake Chenin Blanc as a band set up inside and sounds of them tuning their respective instruments wafted into the crisp air. Back aboard the Wine Train, it clickity clacked along the tracks at about 10 miles an hour, powered by a 1941 diesel locomotive. The 90 minute excursion took us across a trestle with the gushing water of the East Fork of the Lewis River below us and into the dark confines of a 330-foot tunnel which is probably a highlight during the Headless Horseman Halloween Train. All the while people were walking freely from open to covered cars (with the safety aid of the volunteers) so it really doesn’t matter where you start out-plenty of leaf peeping and photo taking opportunities for everyone. On the way back up the line there’s a 20 minute stop at the Moulton Falls station allowing passengers to walk a short distance to view the falls or take a bathroom break before continuing the last 10 minutes to Moulton Falls Winery or the end of the line at the Yacolt station.

Chelatchie Prairie Railroad operates several excursion trains each year using either a diesel or steam-powered locomotive. The Mother’s Day Weekend and Christmas Tree runs are some of their most popular. Free-flowing wine is reserved for the Wine Train runs only which happen four times a year beginning over Memorial weekend. The line is an all-volunteer endeavor and, as such, is not the luxury experience they hope to have some day but it is a precious gem in our area and the more people who embrace it, the closer we’ll all be to realizing the dream of the hard-working crew and supporters.