We’ve made it to Espana! 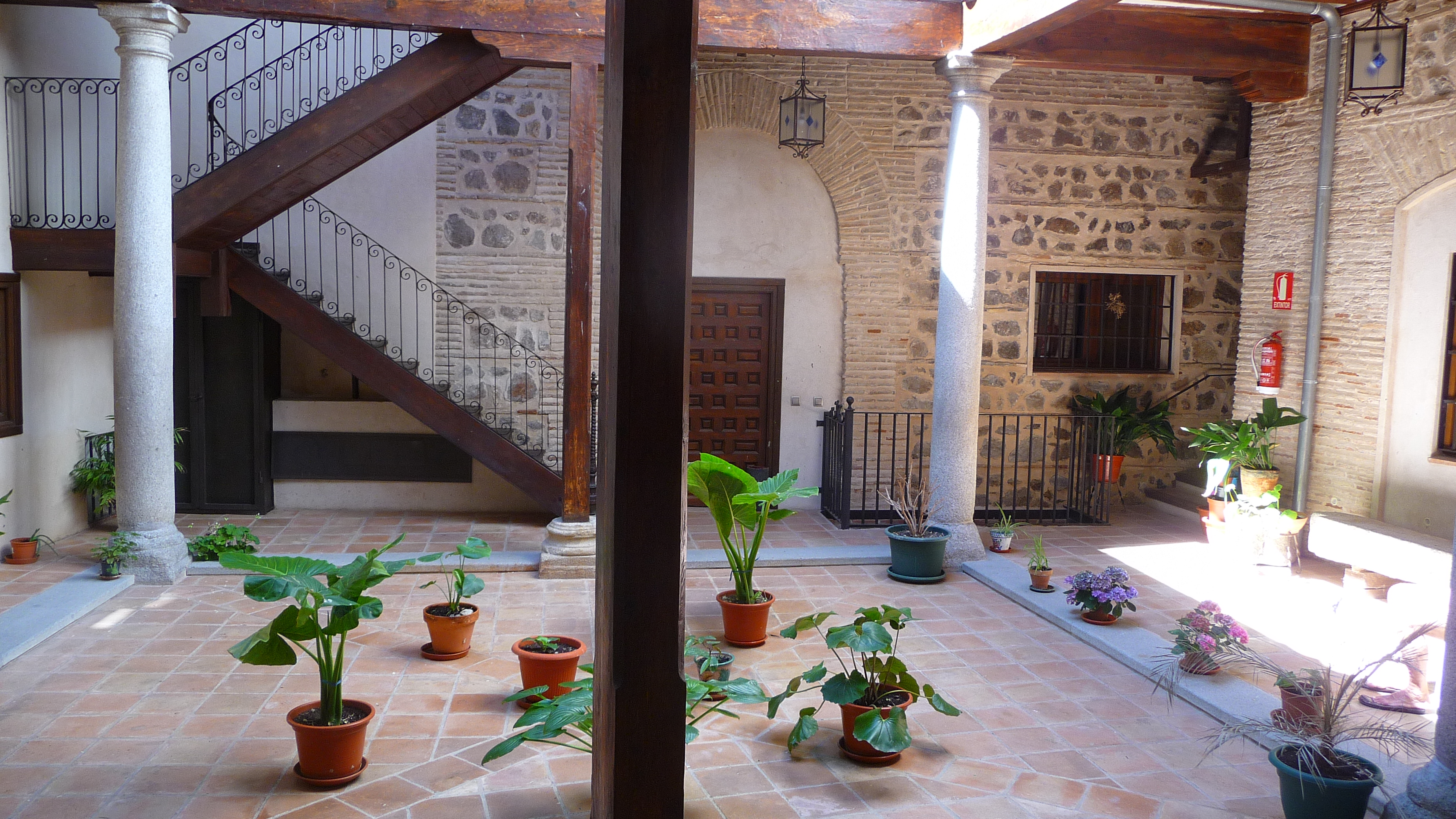 The 16th-century courtyard to our apartment in Toledo, Spain

You have to love international travel. It’s full of time zones, planes, buses, trains and plenty of walking. We arrived in Madrid at 9 am (midnight your time) and managed to locate the bus to the Atocha train station with relative ease. Admittedly I asked a nice gentleman at the informacion desk. This is our fourth trip to Europe and, if there’s one thing I’ve learned it’s, don’t be shy or you’ll be stuck at the airport until your flight home.

Booking the 30 minute high-speed AVE train to Toledo was less taxing than we expected, as well, save the snail-paced line that made Walmart workers look motivated. We rented a car which we’ll pick up when we leave Toledo but, wow, these trains are wonderful. Stream-lined, clean, far more comfortable than an airplane flight. If we weren’t going to the Douro Valley in Portugal and the Basque region, I’d opt for train-only travel.

We made a wrong call in Toledo by opting to walk to our room rather than pay a taxi. This is a walled hill town that is so steep it boasts its own escalator. We reasoned that we’re set to hike Mt St Helens in August and haven’t done much in the way of training.

Having no cell phone may be inconvenient (no reception on our plan in Europe) but it takes little time to appreciate the community people with cell phones miss out on. The first couple we met was from the Bay area (it’s a small world out here). We also My fresh and delicious salmon lunch at the JFK airport

asked several locals for directions en route and they were all absolutely terrific. I speak solo un poco amount of Spanish and road workers speak about that much English but we met our hostess, Martha, and the fact that our apartment for two nights is just like the pics on the internet made any frustration melt away. Set in a renovated 16th –century building with Moorish influence, I’d love to camp out here for a week.

One block from our room, situated in a residential pocket, we boldly walked into a local hang out for much-needed sustenance. It wasn’t easy to push open the door but, armed with a tourist’s number one item to pack on any trip (humility), it was a fantastic Spain introduction. Sitting at the bar to avoid a higher food charge (it’s that way at a lot of European casual dining establishments) I ordered ‘dos crianzas por favor’ (two glasses of nicely aged Spanish wine, told the bartender I speak very little Spanish and don’t eat meat and he was wonderful. He brought us some tapas to go with our wine (the first one’s free), we ordered a second glass (blanco this time), he brought more tasty nibbles and lunch with four very nice glasses of wine was served for 11 euro.

The entire town of Toledo is a World Heritage site crowned by her Cathedral which is considered to be one of Europe’s best. As such it’s inundated by tourists in the morning and said to be magical when everyone retreats back to Madrid at night. I’m looking forward to checking that out for myself. Salud!