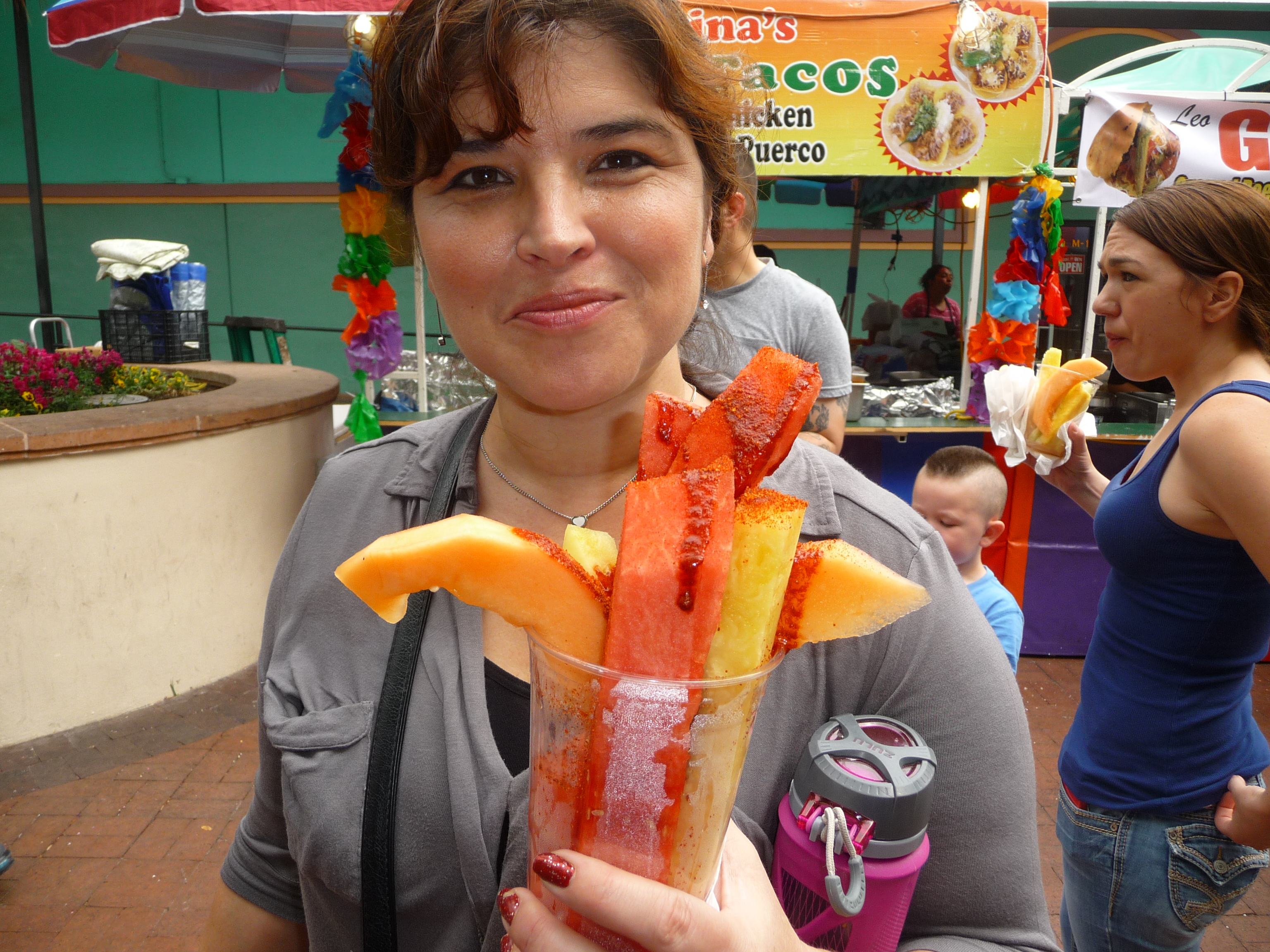 Dan, Viki, Lisa and Bryon at The Alley on Bitters

I believe the best friends are old friends or, should I say, friends one has had for many years. For that reason, my husband and I have visited Texas no fewer than six times in the last 10 years to keep in touch with one terrific lady I’ve known since the seventh grade and another I went to school with but didn’t establish my own friendship with until Lisa brought Steph to my bachelorette party.

They both married top notch men so it’s a bonus that the six of us can get together, reminisce decades in the past and build on those memories simultaneously. This recent trip was only our second time in San Antonio and what a city. Aside from Lisa’s amazing family, it has so much to offer. The most obvious is the Riverwalk which is teeming with restaurants, bars, shops and microclimates of neighborhoods. The Pearl Brewery area has several nice eateries, one of which is La Gloria with great food, indoor seating and outdoor river view seating. Not far from there is The Luxury which is exclusively outdoor seating and a funky, casual place emanating from several cargo containers. Because neither of these places is located in the touristy downtown core of the Riverwalk, they have a much-sought after locals vibe which the locals really want to keep that way so don’t tell anyone I mentioned them in my blog. Lol.

Walking along the Riverwalk is an attraction of its own but there’s also the ever-popular river cruises and taxis  that guide you along the waterway and share interesting tidbits about buildings and area history. It’s a far less crowded way to take in this man-made destination. The Alamo itself is a necessary stop on a San Antonio visit. Other sight seeing options are the San Fernando Cathedral-the oldest cathedral sanctuary in the US dating to 1731; historic iron bridges scattered throughout the core like the 1890’s Berlin Iron Bridge inside Brackenridge Park and the Augusta Street Bridge; biking in the King William Historic District (you can check bikes out at San Antonio B-cycle locations and return them to the same one or a different one scattered all over) after a satisfying breakfast at the Guenther Restaurant (OMG, order the biscuits) with rooms dripping in wood dating back to the 1860’s; an elevator ride up to the 750 foot restaurant/lounge area of Hemisfair where I had a memorable claustrophobic moment but, hey, the evening lights were spectacular; browsing the shops and galleries in the artist village of La Villita (I now own two skirts perfect for packing in my carry on thanks to Lone Star Mercantile); Lisa at The Market with her fruit cup

exploring the authentic Mexican shops both indoors and outside at Market Square (Walter who owns Julia’s Jewelry is a friend of our friends. He is very kind man and carries some beautiful items in his shop. The gentleman who owns the Texas General Store is really nice and informative, as well); walking the meditative paths of the Japanese Tea Garden with numerous photo ops. 2014 Fiesta performance on The Riverwalk

Fiesta 2014 was finishing up when we were in San Antonio. We watched a few groups perform on the stage along the Riverwalk that was made famous in the Sandra Bullock movie, Miss Congeniality, and it was, dare I say it, festive with all the activities and events going on but our friends informed us that San Antonio’s always looking for a reason to celebrate and I believe that because it was vibrate back in May 2012, too.

A couple more great restaurant ideas that a person not visiting with the knowledge of locals might not be inclined towards are Beto’s on Broadway which is a favorite of the Food Network and voted best fish taco in 2013 – a claim to fame that I can agree with – and Las Ramblas on the Riverwalk by Wedding Island (so named because of the many wedding held here annually). Lisa treated us to tapas at Las Ramblas in between some sight seeing. Sitting inside by the open garage door we were able to enjoy the scenery of the outdoors and the air conditioning simultaneously. The 2011 Miguel Torres, San Valentin Garnacha from Catalunya, Spain that I chose paired perfectly with the varietal heirloom tomato platter and baked capricho goat cheese that we shared. We thoroughly enjoyed lingering over the quiet early afternoon and left as the place began to fill.

Finishing off our time in San Antonio, Bryon and Lisa took us to the Magnolia Pancake Haus, featured on Guy Fieri’s Diners, Drive Ins and Dives. I had the Vegies Hash which came with two pancakes, allowing me to taste the famous cakes and home-made syrup while feeling somewhat healthy eating mushrooms, sweet potatoes, carmelized onions and scrambled eggs. It rationalized well with me at the time. Afterwards we walked off a few calories at The Alley on Bitters, a collection of locally-owned artisan shops and restaurants frequented by locals. I loved this place. Back Alley Antiques is owned by one of the nicest ladies who took time walking her shop dog, Duke, to take a few pics of the four of us. The items she carries are really terrific, useful and unique. The Elegant Peacock was another shop I liked full of scarves, totes, beautiful pictures and jewelry. Create-A-Candle allows shoppers to make their own candle and houses Many Hands Gallery inside of it with oil paintings and pottery made by local artists. Painting With a Twist is similar to a business in Camas but you bring your own beverage rather than have it provided and groups have been known to tote their own margarita blender. What a painting party that must’ve been.

After two visits to San Antonio, I’ve scratched the surface of what this area has to offer when there was a time I was sure it was only about the river that ran through it. Boy, was I wrong. Already looking forward to going back when we’ll be venturing along the wine trail of Fredericksburg, about one hour NW of San Antonio.