Is dependency the new definition of success? 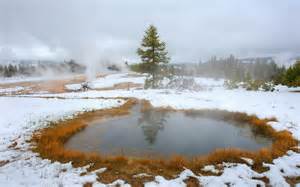 Okay, weights have been lifted, dogs are walked and toweled off (in this weather, it took awhile) and I need to write. I haven’t posted for days.

Our new morning walk (Challenge, Baby and me) incorporates a “park’ north of our house that I didn’t realize was there. It’s not named and, frankly, I believe it was a required box to be ticked off by the developer of the land. Right now it is surprisingly peaceful in the morning. There’s noise of cars driving off in the distance but the predominant sound is all kinds of birds chirping and ducks quacking in the man-made pond (which I really think is just a disguised catch basin for all the water in that area so, again, the developers can eventually push dozens of crawl spaces without having to install expensive drainage systems-I‘m so cynical). The flow of the water is mesmerizing and makes a pleasant gurgling sound. There’s even a tiny island in the center where a single duck was curled up at and a bird was singing so joyfully that its lilt was nearly life-affirming. My dogs were happily sniffing around, one of the few opportunities for them to roam unhindered from a leash since the roads were far enough away and no other dogs were around. It makes me sad to think the whole area really is slated for a sea of houses on postage-sized lots but, for now, I am embracing it as a new-found blessing.

We actually used to take our other dog (Lady) to this field several times a week but it was absolutely a flat field eight + years ago. Funny how when something changes in your life (Lady dying), routines change too.

Which has little if anything to do with a quote that’s been on my mind. So we have two gatherings left with our Voluntary Simplicity group. In the weekly readings an excerpt by Shannon Hayes leapt out at me. Hayes is a self-proclaimed ‘radical homemaker’ and writer. In speaking about the Industrial Revolution, she mused the following:

“As time wore on, domestic skills were no longer paramount for survival. Instead of cultivating skills to provide for our needs, we pursued skills to produce for others’ needs in exchange for the money to buy what was once produced in the home. The household had changed from a center of production that supplied most of its own needs to a center of consumption that bought nearly everything it needed.”

To me that is a fascinating observation. In my lifetime I’ve seen some of this but I never lived on a farm so I have to extrapolate. Back when roads were dirt most families lived on a homestead of some sort. Most food was grown and then preserved in some fashion to be eaten when things weren’t in season. When the stockpile ran out, more basic foods were eaten until the next growing season when the growing of food began anew. Most clothing was made by hand. What one family didn’t make was bartered with another. Men plowed fields and planted crops (vegetables, animals, hay). Women and children helped bring in the harvest. Neighboring families tended to help (bonus: social outlet). Barn raising occurred where people built their own structures and, again, other people would help to make the job go more quickly. Children were taught to play musical instruments and would entertain the family in the evening time with their talents.

My point is fast forward to now and all these things we used to do at home we now pay someone else to acquire. A lot of us leave homes we pay a large mortgage and large utility bills for the privilege of owning for 8-10 hours each day at least five times each week. Many of those people don’t even care for their jobs. We take our paychecks and buy lunch (because we don’t have the time to make our own), buy clothes (because we don’t know how to make our own), buy tickets to movies, concerts, whatever entertainment venue (because we’re too darn tired to entertain ourselves)

I’m not saying that I want to go live on five acres and raise goats (although my husband wants to) and I enjoy an occasional meal out at a nice sit-down restaurant. I just find it suspect that our complete lack of self-sufficiency in the day in which we live has been redefined as success.