Have you ever been to Chopsticks? 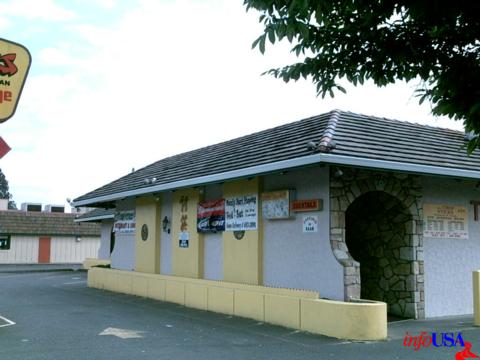 Have you ever been to Chopsticks? I’ve lived in Clark County my entire life. That is, I will admit, over 4 decades. So, I’ve been driving a lot of the same roads hundreds, if not thousands, of times. I’m a curious person. I’m compulsive. I’m obsessive. So, I suppose you could say I’m obsessive-compulsive but the only good thing about that is the fact that many obsessive-compulsives have above-average intelligence (which my closest nephew would vehemently dispute…awwwhhhhh, he’s so sweet).

My point is, I tend to drive around these roads I’ve been driving around and think to myself “I’ve never been in there.” So, my husband and I will go ‘in there’, wherever ‘there’ might be. It could be Chopsticks on Mill Plain Blvd which has a FANTASTIC crowd of regulars and bar staff that call you ‘Hon’, which I think is so wonderful. Or, it could be Irish Town Bar and Grill whose regulars use the F bomb a lot so we don’t go there anymore which is unfortunate because, other than that, again, I really like the wait staff.

Or, it could be Smokey’s Pizza on Hwy 99. Okay, I still haven’t actually been there. We tried to go last year but it was closed (as in closed down several years ago). Again, I’ve lived in Clark County for a LONG time and this particular pizza place had been here for a LONG time. What intrigued me about it is that you have to walk down a small flight of stairs to enter. I know that probably makes me strange but I’m just being honest. We were tempted to go again last night since the sign still stands out proudly from I-5, making one think it’s still in business. A lot of places do that, huh?

Or, it could be Legends on Hwy 99 (which actually contributed to the desire to go to Smokey’s Pizza last year due to proximity) where my husband thoroughly enjoyed a Taco Tuesday and I wished I could wrap my head around eating meat but I’d still have to go a step further and wrap my head around eating stuff that might not even be meat which just doesn’t bother my husband.

Or, it could be Dodge City Bar & Grill which, again, has regulars that use the F-bomb but, if you sit at a booth instead of the bar, you don’t really notice it. I suppose at this point you’re thinking A. Wow, this gal has a drinking problem -or- B. Why does she bother with dive bars? She’s obviously not the type. Okay, I do not like foul language. I think it makes a person sound stupid. There are upwards of 200,000 words in the English language and people have to resort to the ‘seven dirty words you can’t say on TV’, most of which you can now say on TV. I just don’t get that.

Aside from that, on occasion, I tire of the pretentious people who hang out in places that serve really good wine. Why can’t I have a glass of really good wine in a place where people are real? Is that too much to ask for? So, sometimes I’d rather have a gin and tonic surrounded by people who’d actually help me if my battery was dead or let me borrow a cup of flour without looking at me funny or would take a moment to notice I was feeling down. Sometimes, the pretentious crowd is just not as attractive as a local bar I’ve never taken the time to saunter into where everyone else is a regular and they notice when someone doesn’t show up.

I love to sit at a table and just watch that interaction. It’s so real, so honest, so much different than places I won’t name here. I mean, these people let you borrow their car, their leaf blower, the nicest suit they have for a job interview. We’ve had groups of people invite us to their table, pay for our drinks, let us nosh off their appetizers. I have NEVER had that experience at…well, again, places I won’t name here. So, sometimes, I guess I like to get real and, for me, that’s traipsing into a place that looks a bit rough around the edges and is filled with people who have hearts bursting at the seams.