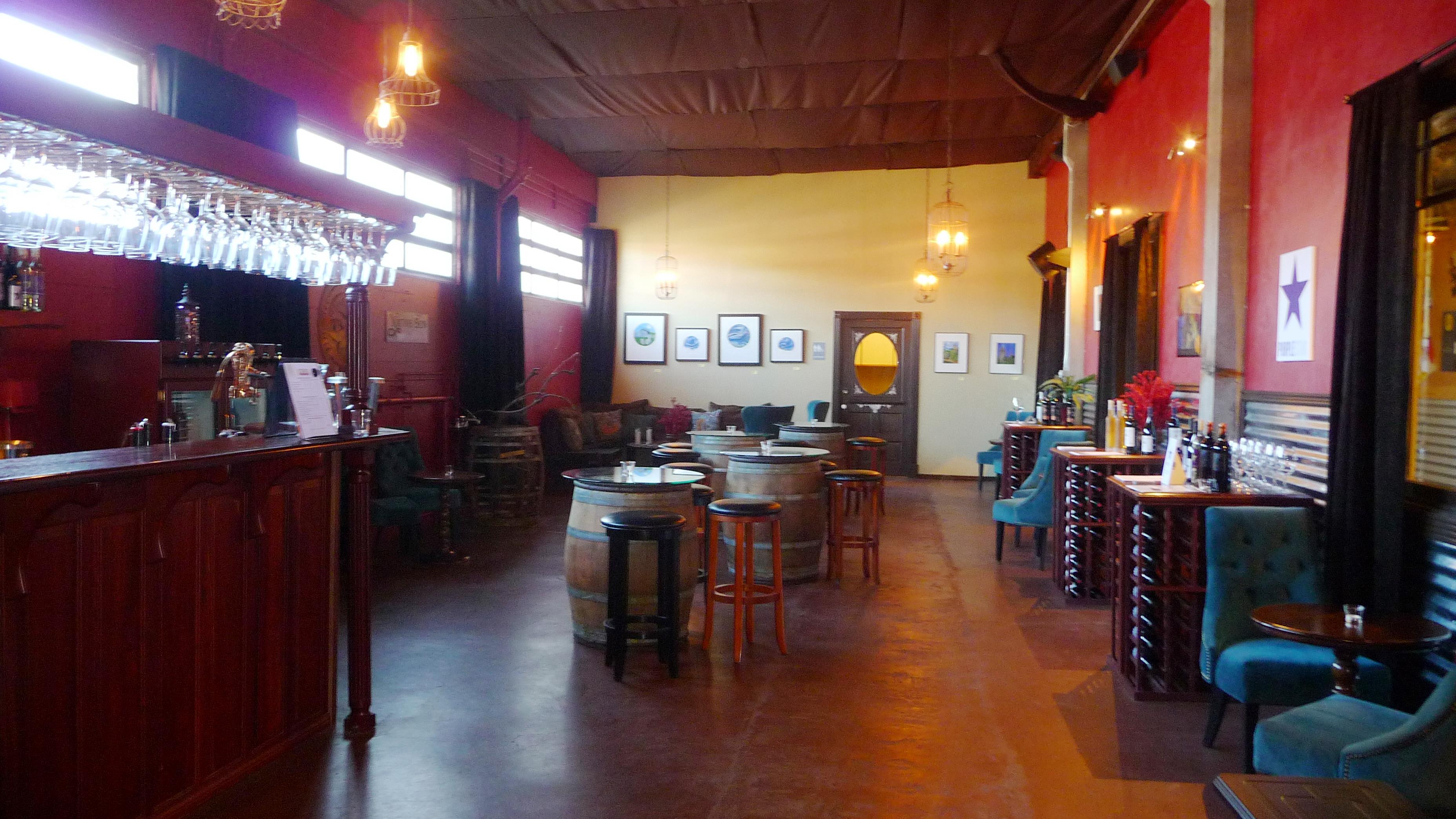 Cellar 55 in downtown Vancouver was known for years as a convenient and affordable place to store vino for the casual wine enthusiast up to avid collectors. September of 2013 Michelle Brinning partnered with Trish Nolan to expand the vision into a full-fledged tasting room. They feature four Eastern Washington wineries known for their hand-crafted wines with grapes sourced from Washington. With four wineries to choose from, Cellar 55 has the ability to rotate their 10 tastings often and aim to do so weekly. On tap the other day was Purple Star Wines’ Sauvignon Blanc. With a hint of lemon on the nose, it finished crisp, not buttery and sweet. A refreshing aperitif selection. Also from Purple Star was their 2009 Cabernet Sauvignon, which received 90 points from Wine Spectator. I honestly don’t think I’ve tasted a wine from the Wahluke Slope that I haven’t enjoy. This Cab was aged in French and American Oak giving it a hint of vanilla on the nose and a yummy plum and ripe cherry mid-palate. Gordon Estate’s 2010 Merlot is the bottle I came home with. I just loved how versatile and drinkable this Merlot was. Again, a distinct fragrance of pepper and voluptuous ripe cherry. Charlie Hoppes is the winemaker for Market Vineyards and was named Winemaker of the Year 2013 by Seattle Magazine‘s Washington Wine Awards. He is also the winemaker over at Fidelitas. His 2008 Cabernet Sauvignon Arbitrage would pair wonderfully with a steak or portobello mushroom drizzled with balsamic vinegar. Making me hungry just thinking about it again. This wine is rarely rotated out of selection due to its popularity with regulars. A winery that’s been in Walla Walla since 1999, Five Star Cellars has some wonderful vintages and varietals rotating through Cellar 55. Their 2007 Stellar is a Bordeaux-blend of Cabernet, Merlot, Cab Franc, Malbec and Petit Verdot that’s been aged in Hungarian oak for 28 months before being put in the bottle for another year. The result, as you can imagine, is just a party in your mouth. Wow, a little spice from the Hungarian oak and it’s just heavenly smooth going down. I could go on and on about the wines but, truly, the highlight of any tasting at Cellar 55 is the proprietors. Michelle and Trish are terrific. They are both so knowledgeable and passionate about the wines they’re pouring and the experience they’re trying to provide their clientele. I found them to be approachable, not pretentious. They were engaging, attentive and humble hosts who are just getting a kick out of sharing great wine with a market that’s ready to be educated about it or have more options for quality wine available to them. The space itself is decorated like a large wine cellar with lots of cozy seating to accommodate parties of all sizes, from a couple enjoying a date night to several couples unwinding after a long work week. It’s not too feminine that a couple of guys couldn’t sit back in the comfy chairs and catch up, something that Nolan has seen happen. Open Thur-Sun, with happy hour specials at select times on Fridays and Sundays, Cellar 55 is a great place to enjoy a glass or two of amazing wine in a casual atmosphere.