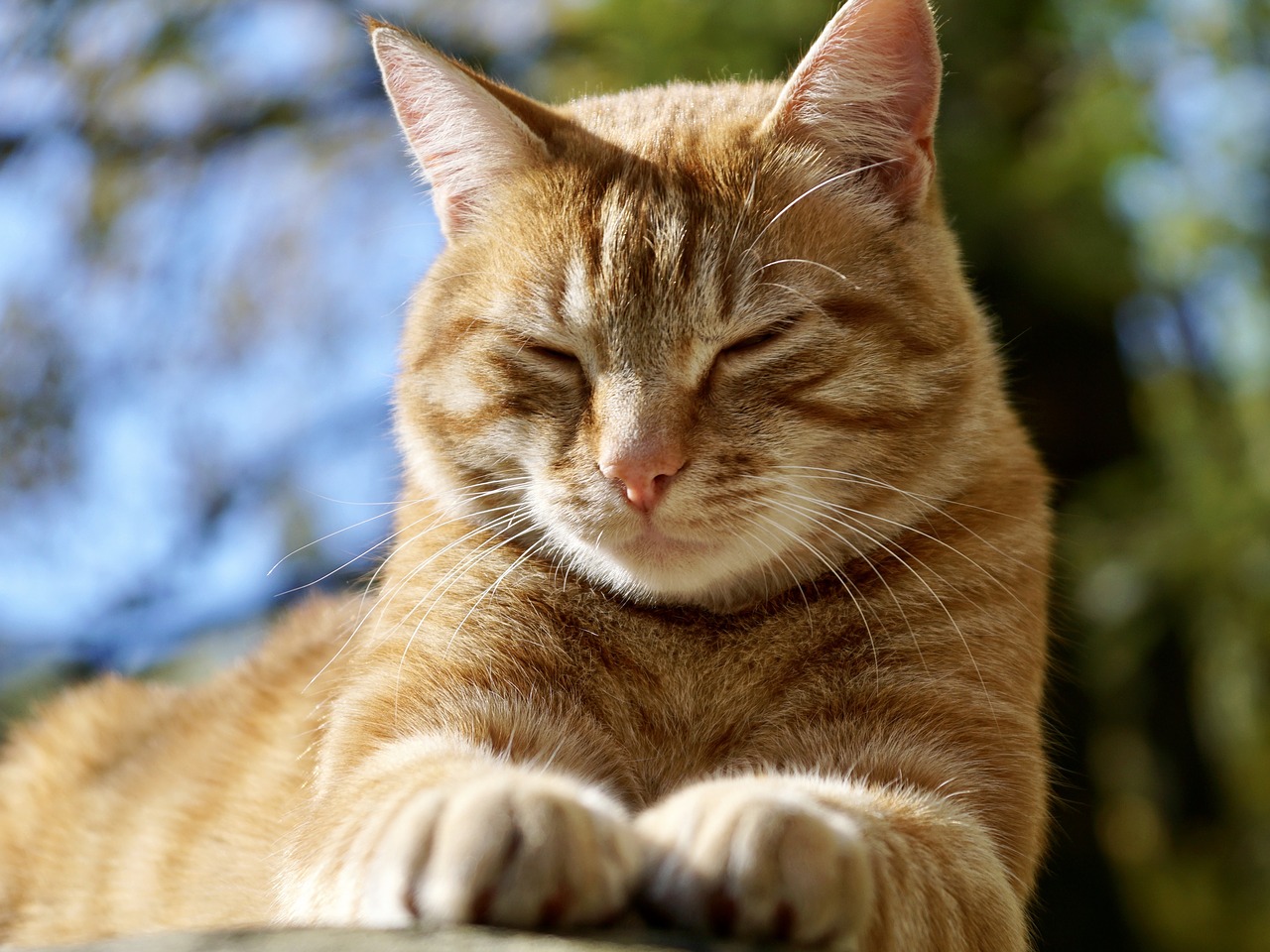 Outstanding in any cat crowd, orange-colored cats are anything but ordinary.

Whether obliging or obstinate, outspoken or observant, most are as outsized as they are openhearted, and their orange-obsessed owners most often concur.

For others, however, we offer these observations:

Most orange cats are males. In fact, there are 80 males to every 20 females, making them the most common of cats. To be orange, a male needs only one orange gene, which he gets from his mother (orange, calico or tortoiseshell). This is because the gene that codes for orange fur is on the X chromosome, and like humans, females have two X’s while males have an X and Y. Tabby refers to pattern. While the origin of the name remains a mystery, tabby historically refers to a type of striped silk fabric produced in the Middle East. Mistakenly considered to be a breed, the term “tabby” refers instead to the coat’s distinct pattern, of which there are four: mackerel, classic, ticked and striped.

They have several nicknames. Orange tabbies’ most common nicknames are ginger and marmalade, which are, once again, derived solely from the distinctive, warm colors of their coats.

There are many breeds of tabby. They can be found in numerous breeds, among them, the Exotic Shorthair, Somali, Persian, Munchkin, American Bobtail, Abyssinian and Devon Rex. In short, almost every breed of cat has its own version of the orange tabby. They have freckles. Fabulous, fun and ever so cute, most orange cats develop black freckles along their faces, a trait for which they are famous. Those who don’t, maintain their same soft pink noses, which in itself, makes them oh-so-adorable.

They can be overweight. Anyone familiar with the cartoons’ favorite “fat cat” Garfield knows that orange cats LOVE to eat, leading them inevitably towards obesity. And because obese cats are prone to a variety of serious health issues, it’s essential that caring owners not allow their orange cats to overindulge.

They’re lazy. Is it the orange that makes them loath to leap and jump and play? Rather than chase a laser or tussle with a toy, they prefer to sniff around for a snack or curl up comfortably for a catnap.

Some are aloof. While most are friendly — whether they’re loving and calm or outgoing and busy – several of the breeds that produce orange tabbies seem to disdain human affection. They may crave a pet now and then, but THEY will let YOU know when and for how long.

They’re brave. Purr-haps it’s due to their inner make up, but orange tabbies LOVE getting into mischief (read “trouble”). They seldom shy away from the company of others outside their species — including children, other small animals and even dogs.