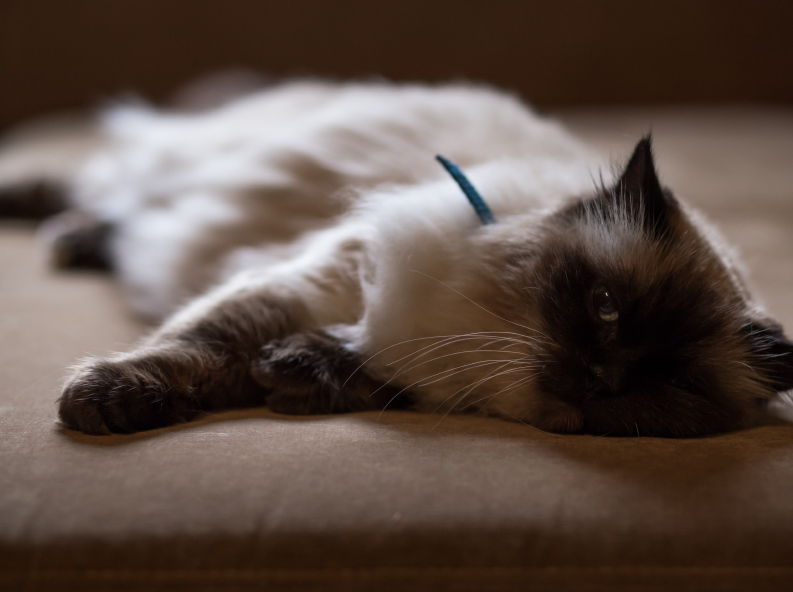 Like humans, cats are living longer, and like humans, their increased life span brings with it an increase in diseases. The following are the seven most common ailments afflicting aging felines.

Occurring more often than many cat owners realize, the symptoms of arthritis are sometimes mistaken for “normal” changes due to age. Arthritic cats, however, tend to become less active, sleep more, and may no longer be able to reach their usual perches or other elevated surfaces. The pain associated with arthritis can greatly alter their quality of life if not addressed early enough.

Although cancer in cats is nearly half of what it is in dogs, it tends to be more aggressive. One of the most common is lymphoma, which is associated with the feline leukemia virus (FeLV), followed by squamous cell carcinoma, basal cell tumor, mast cell tumor, mammary carcinoma, fibrosarcoma, osteosarcoma and ostcarcinoma/adenocarcinoma.

While not specific to older cats (an estimated two thirds of cats over the age of three suffer from dental disease), it can be a serious issue for them, causing severe pain that, in turn, adversely affects their appetite, leading to weight loss. The majority of feline dental problems can be grouped into five categories: gingivitis, tooth resorption, fractured teeth, feline stomatitis, and oral neoplasia (cancer).

Characterized by increased blood glucose (blood sugar) levels, diabetes usually results from a combination of obesity and a sedentary lifestyle. Most diabetic cats require insulin injections, and remission is possible when aggressive treatment begins early, before the pancreas is too severely overtaxed. If remission does occur, insulin is no longer necessary. If, however, remission does not occur, insulin must be administered for the rest of the cat’s life.

One of the most common is hypertrophic cardiomyopathy, which occurs when there is an increase in the thickness of the muscular wall of the heart. This not only reduces the volume of blood within the heart, but it also keeps the heart muscle from relaxing properly between contractions. Although there are varying degrees of cardiomyopathy, the end result is congestive heart failure, when the heart’s ability to properly pump blood has been seriously compromised.

This condition results from an increase in the production of thyroid hormones (known as T3 and T4) due to enlarged thyroid glands in a cat’s neck. In most cases, this enlargement is caused by an adenoma, a non-cancerous tumor, and more rarely by malignant tumors called thyroid adenocarcinomas. Among its various symptoms are weight loss despite a cat’s increased, often ravenous, appetite, vomiting, diarrhea, an increase in water consumption, and an increase in urine volume.

The kidneys act as filters, removing many of the waste products produced by a cat’s body and eliminating them through urine. When the kidneys are damaged, whether by aging or other issues, these wastes are no longer filtered effectively, leading to a buildup in the cat’s blood stream. Symptoms of chronic kidney disease include increased thirst, an increase in urine volume, weight loss, a lack of appetite, and vomiting. Because senior cats may suffer from one or more of these diseases at the same time, this makes diagnosing and managing them slightly more challenging. Senior cats, therefore, should be seen by a vet twice a year rather than annually, as suggested for younger cats. These visits are the best way to stay on top of their health, because most illnesses are easier to treat if diagnosed early. And an early diagnosis means early treatment, which may contribute to their quality of life while extending that life at the same time.