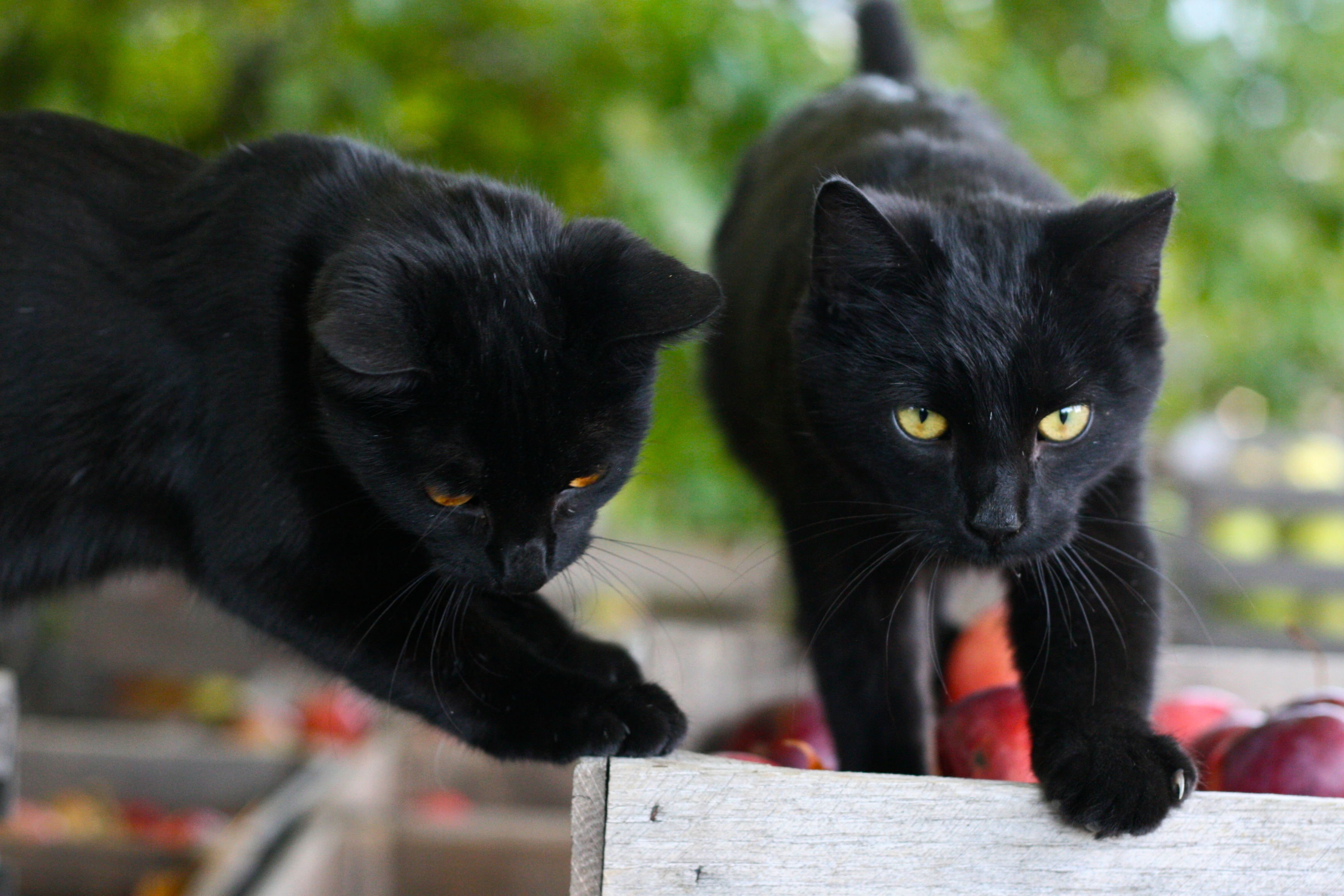 For centuries, black cats were revered. Then, in the blink of a great, green eye, their fortunes were reversed.

What changed history’s good luck charm into a symbol of all things bad? Is it similar to a child’s game of broken telephone, where the message mouthed at the beginning is mangled at the end? Or is it more a case of one person’s myth (read “superstition”) being another person’s magic (read “allure”).

Because, ironically, for cats colored black, their status seems to depend on when they lived, where they once lived, and where they live now. Cats were deemed sacred by the ancient Egyptians and killing a cat was considered a capital crime. Family cats were even mummified and buried alongside their loved ones. Some cultures believed that black was a protective color and that black cats had the power to ward off negative forces. Many believed that black cats were reincarnated beings capable of foretelling the future. But after the Romans, devout cat worshipers themselves, introduced them to Europe, a coin was tossed and heads flipped to tails.

Beginning in the 1400’s, cats became inextricably linked with people accused of practicing witchcraft. Cats, especially black ones, were thought to be these witches’ familiars, or supernatural guides. The Irish believed that a giant, mythological black cat could steal a dead person’s soul before the gods could claim it, forcing loved ones to maintain round-the-clock vigils until the deceased was safely buried. The English believed that witches transformed themselves into black cats in order to roam the country, spying on people and wreaking havoc wherever they went.

The belief that witches could change themselves into black cats crossed the Atlantic with the first American settlers, and reached its zenith during the infamous Salem witch-hunts and trials. In the southern states, folklore about supernatural black cats and their misdeeds abounded, while pirates believed that if a black cat walked onto their ship, then just as quickly walked off again, the ship would sink on its next voyage.

Today, practitioners of Feng Shui, who believe that cats are drawn to harmony, place a figurine of a black cat in their homes, facing north, to ward off evil. And best of all? Simply dreaming of a black cat is considered a lucky omen in itself.

And so, for all those in doubt or in fear — sweet dreams.