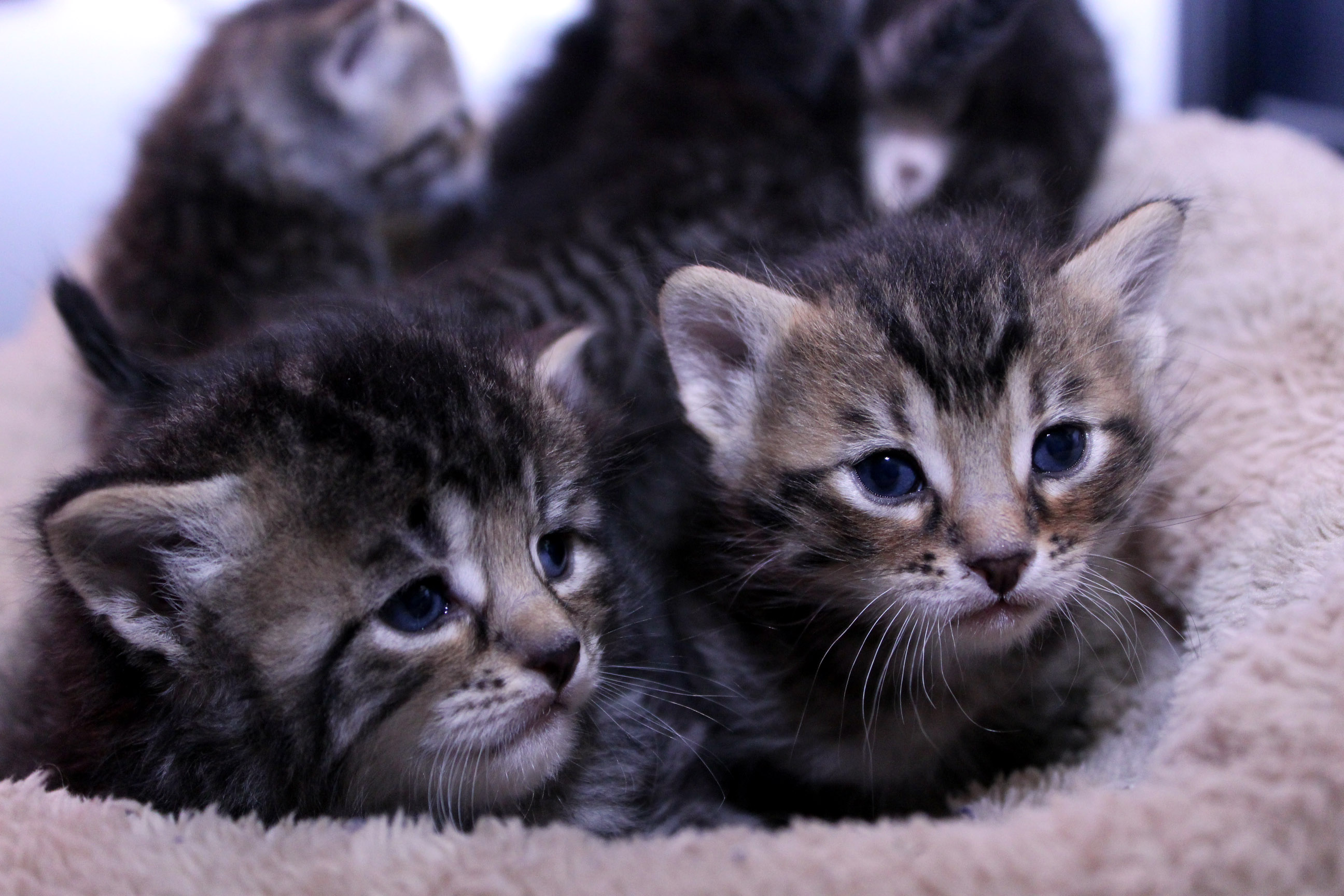 Question: Why are kittens born in litters?

Answer: To be nourished and nurtured, socialized and stimulated.

Question: Why should kittens be adopted in pairs?

Answer: To KEEP them socialized and stimulated, and to satisfy their innate curiosity.

From birth, close interaction with their mother and littermates allow kittens to mature into sociable and well-adjusted, healthy and happy cats. While separating kittens from their mother is often essential for the purpose of adoption, separating them too early from their littermates can delay their development emotionally, socially, and sometimes physically. Nothing compares with companionship when it comes to keeping kittens on their paws and on their best behavior. It’s decidedly the best deterrent to destructive, sometimes dangerous, mischief born out of boredom. A lone, bored kitten will often “entertain” herself by (among other things) chewing on plants and electrical cords, climbing curtains and furniture, unrolling toilet paper and unraveling clothes. Although a second feline friend doesn’t guarantee absolute abstinence from such amusement, playing and pouncing, tumbling and tussling will, most often, be their mutual activities of choice.

Consider the term “copycat.” Kittens learn by copying, and having two kittens allows them to self-train. Examples? If one kitten is adept at learning appropriate litter box use, the other is certain to follow. They will also help each other with grooming, and “washing up” after eating will quickly become a ritual.

Due to their natural “hunting” instincts, kittens are extremely active at night. A solitary kitten is more likely to practice her skills on her sleeping human, using any arm, leg or body movement beneath the covers as an open invitation to jump on what she considers prey. With a companion to engage her in kitty cat cavorting and shadow chasing until they too grow tired and fall sleep, cat guardians can enjoy their own good night’s rest, undisturbed. Jonah and Jackson are a bonded pair of kittens that are available for adoption from Furry Friends. Contact information@furryfriendswa.org

Kittens, by nature, love to bite and wrestle with one another. In the absence of another kitten’s company, cat guardians will, all too often, become their kittens’ biting and wrestling “surrogates”. If they encourage this tomfoolery, and actively engage in their kittens’ antics, they are then, inadvertently, acting as their kittens’ enablers. The result? Mature cats that consider biting and scratching as acceptable forms of play.

The second best reason to adopt a pair of kittens: you are saving, not one life, but two.