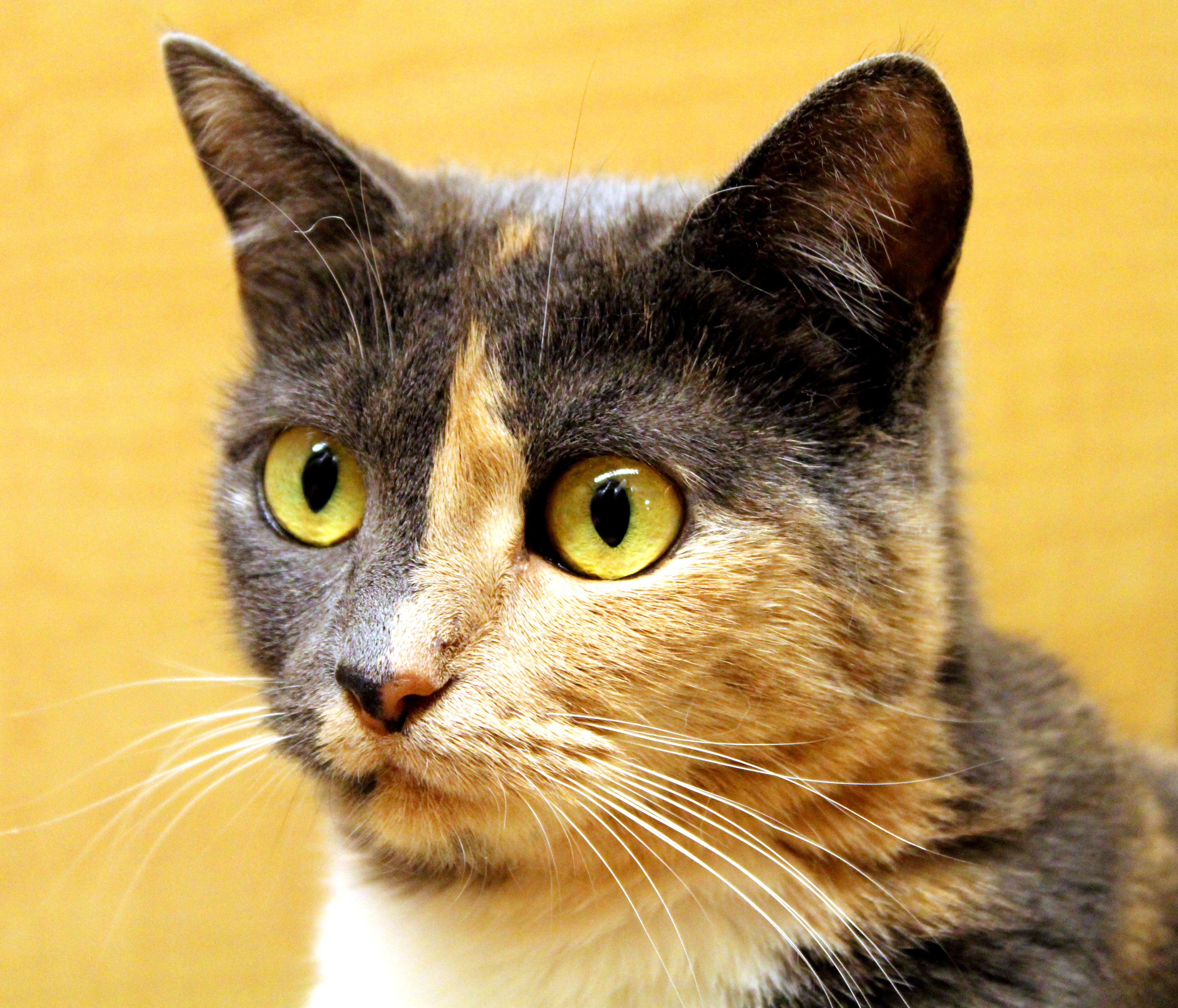 As fascinating as felines are, and as fanciful as some features seem, these chosen fifty prove that sometimes facts are stranger than fiction.

2. The most popular pedigreed cat is the Persian, followed by the Main Coon and the Siamese.

3. The eyes of newborn kittens are always blue, changing color over several months until they reach their final color.

4. One of the reasons that kittens sleep so much is because a vital growth hormone is released only while they’re sleeping.

6. Contrary to popular belief, cats don’t see the world in black and white, but can see variants of red, green and blue.

7. Most cats don’t have eyelashes.

9. Cats are the mammals with the largest eyes.

10. Cats usually have about 12 whiskers on each side of their face.

11. Cats use their whiskers to gauge whether or not they will fit through an opening.

12. A cat’s taste buds cannot detect sugar, due perhaps to a mutation in a key taste receptor.

13. Cats can drink seawater to re-hydrate themselves due their kidneys’ ability to expel the salt.

14. Cats lack sweat glands on their bodies and sweat through their paws.

16. Cats purr around 26 times a second — much like an idling diesel engine — and they purr continuously.

18. Cats spend nearly 1/3 of their waking hours cleaning themselves.

19. The technical term for a cat’s hairball is a “bezoar.”

20. Cats spend 2/3 of every day sleeping, meaning that a nine-year-old cat has been awake for only three years of its life!

21. Cats dream, and begin dreaming when they are a week old.

22. Cats lack true collarbones, allowing them to generally squeeze their bodies through openings the size of their heads.

25. Cats cannot climb headfirst down a tree because their claws are curved the wrong way, and therefore, must back down.

26. Cats can jump up to five times their height (app. 5 feet) in a single bound while their footpads absorb the shock of each landing.

28. Some cats have survived falls onto concrete from over 32 stories up due largely to their “righting reflex.”

29. Cats seldom “meow” at other cats as they do with people, but will typically spit, purr, or hiss instead.

31. Cats are extremely sensitive to vibrations, and are reputedly able to detect earthquake tremors 10 or 15 minutes before humans.

32. The physical structure of the brains of humans and cats is very similar.

34. Cats’ backs are extremely flexible with up to 53 loosely fitting vertebrae, compared with humans who have 34.

35. Cats have 32 muscles that control their outer ear while humans have only 6.

39. While most females give birth to litters of between one and nine kittens, the largest known single litter born to a cat was 19 kittens, of which 15 survived.

40. A cat named Dusty holds the breeding record for having more than 420 kittens in her lifetime.

41. The oldest cat to give birth was Kitty who, at the age of 30, gave birth to two kittens, after having already given birth to 216 in her life.

42. A healthy cat can typically live up to 20 years, which is the equivalent of about 96 human years.

44. Ancient Egyptians shaved off their eyebrows to mourn the death of their cats.

46. One very lucky cat in Italy inherited a $13 million fortune from its owner.

49. Approximately one third of cat owners think their cats can read their minds.

50. A cat lover is called an ailurophile, (from the Greek: ailuros (cat) + phile (lover), as well as felinophile, philofelist, and philogalist.