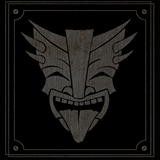 If you haven’t seen the KOIN TV feature from Aug. 2 on Heathen Brewing and the company’s success at the Oregon Brewers Festival, the story and video are now online. (From Heathen’s Facebook page): KOIN Local 6 News came out and did a story on us today! They also dropped off this super shiny new trophy for winning ‘Battle of the Brews’ thanks to you Heathens!!

Four of Heathen’s beers will be available at this weekend’s Vancouver Brewfest. Two at the Heathen booth, one which is the official brewfest beer and one which will be served by Northwest Liquid Gold called “Heathen’s Gold Pale Ale.”