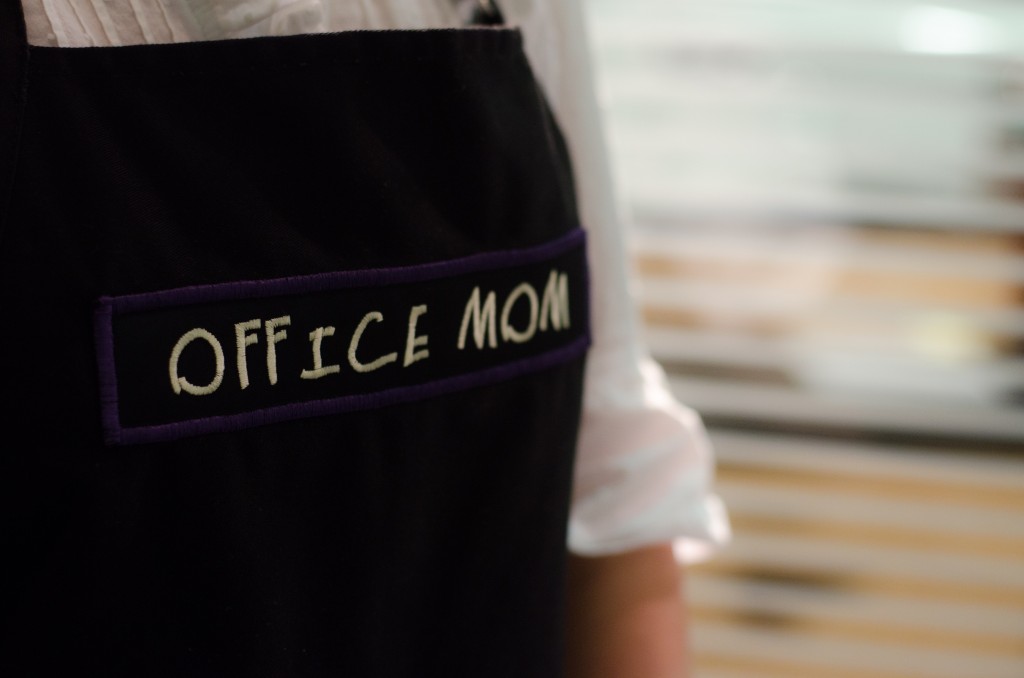 A couple years ago, foster mom Sarah Desjarlais was at a meeting at the downtown Vancouver office of the Department of Social and Health Services where she asked the obvious questions.

“Who are all these little kids running around the office? Why are there two- and four-year-olds just wandering around in cubicle land?”

Turned out, they were children who’d just been removed from the custody of their parents and were heading for foster home placements. It’s routine for such kids to wind up cooling their heels, perhaps for many hours, at the DSHS office, according to Child Protective Services social worker and investigator Kim Karu.

Karu would dispute that the kids were “running around” the office, and she described the modest but appropriately child-friendly hangout space there. But she doesn’t dispute that these freshly freaked-out youngsters need a lot more than a TV room.

They need the human touch. They need loving reassurance. They need some nurturing.

“It’s very traumatic no matter where they’ve come from,” Karu said, “to be removed by strangers and come into a big office full of strangers. They may come in with nothing. They may just have the clothes on their backs. It may be the worst day of their whole lives.”

Meanwhile it’s also pretty routine that the social workers charged with finding these kids safe, happy foster placements or developing other painstaking plans for their future must double as babysitters. Not the best use of their professional time, Karu said. They’ve got a million phone calls to make and bases to cover.

“They’re begging people to take these children,” said Desjarlais. “They’ve got a mountain of paperwork to do. Whatever it is they need to do for a particular case, we want them to just be able to focus on their job.”

What they really don’t need, Karu added, is the child sitting right there, audience to all that telephone begging.

So when Desjarlais had a basic brainstorm — couldn’t volunteers step in and do the childcare, offering love and comfort and freeing up the professionals to tackle their tasks? — Karu and her managers “welcomed it with open arms,” she said.

“We developed this program” called Office Moms, Desjarlais said. It’s an all-volunteer effort that responds to breaking calls for help from the office. When Child Protective Services “is removing a child, they call our coordinator. The coordinator keeps track of all the volunteers and sends out a text blast. `Hey we’ve got two kids coming in an hour, is anybody available?’ It’s really spur of the moment” because that’s the nature of what’s going on at CPS, she said.

So far there are about 30 Office Moms in Clark County, Desjarlais said, who are volunteering about 25 hours a month. The idea has spread to Portland, Kelso, Spokane and elsewhere. Desjarlais has launched a formal nonprofit agency called Embrace Washington that includes the Office Moms effort among others — all of which are aimed at supporting DSHS’s social workers through volunteerism and through encouraging more parents to get involved in fostering.

Office Moms is a great way to get your feet wet in that arena — or just to do some worthy volunteering at the office, even if you’re not up for taking a child home, Karu said.

But Desjarlais definitely hopes to sell some parents on fostering. “This county in particular is in crisis mode when it comes to foster homes,” she said. “There is an incredible deficiency. My hope is we can show these volunteers the world of child welfare. Show them that it’s not so scary — but the need is real.”

According to Washington State, there are 8,700 children in “out of home care” here but only about 5,000 licensed foster homes.

“Office Moms” is a misnomer, by the way. Desjarlais said there’s one Office Dad at present. More are welcome of course.

But: “Our target demographic is a housewife who stays home, who has kids at school. Maybe moms whose kids are launched. Or grandmas with a lot of energy. Some of my best Office Moms are Office Grandmas,” she said.

Volunteers must pass a criminal background check, do some basic training with DSHS and sign some standard paperwork, including a privacy agreement. They don’t maintain contact with the kids after they’re on their way. They just play with them, chat with them, fill up and hand out the Welcome Boxes that each kid gets at the office — new toys, socks, underwear, snacks — and maybe write the note that tops off each box, that says: “You are special. You are loved.”

Which is just what these roughed-up children need to hear.