Thorns early 11 am kickoff at home against Chicago 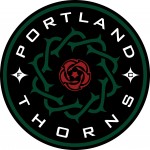 Its the fourth of July in Portland and both of our professional soccer teams are in action.  Tonight the Timbers will be on the road against LA, but first, Thorns FC will play host to the Chicago Red Stars for an 11 am kickoff at Providence Park.

Todays game represents a vital 3 points to two teams desperately looking for a playoff birth.  Thorns FC and Chicago come into the game with identical records: 20 points on 6 wins, 6 losses and 2 ties.  This currently leaves both teams on the outside of the playoff picture looking in.

Here is a quick look at the current NWSL standings.

Paul Riley’s Thorns will be looking to improve their record at home this year after losing 3 of their last 4 home games.

Reinforcements:   Thorns FC may finally have a full roster available to them following the return of Tobin Heath from her split season with Paris Saint Germain.

Like the arrival of Vero Boquette a few weeks ago, Heath should help lift the midfield and allow for some cleaner and more dangerous possession.  Personally I can’t wait to see Vero and Tobin play together, both are technical and intelligent going forward and could provide some early fireworks today.

Part of Portland’s struggles could be down to the production of Christine Sinclair.  Sinc scored just her second goal of the season last week and will be looking to add.  Part of the difficulty may be the service.  With Vero and Tobin absent, Sinclair has had to do more work manning the attack, dropping a little deeper to pick up the ball from the midfield and provide some creative influence.  With Vero’s arrival it was very nice to see someone other than Christine doing some of the set up work, and It will be interesting to see if Tobin can help push Sinclair a little closer to the opponents goal without disconnecting her from the group.

In short the Thorns badly need to start putting some points up at home. 4 home losses this year have the rest of the league jumping at the chance to play in front of the leagues biggest crowd and possibly leave with three points.  If Portland really wants a chance to defend its title, then, like the timbers, they need to get above that thin read line that separates those in the playoffs from those starting their offseason a bit early.  With local rivals Seattle sitting in first place with out a single loss, those remaining playoff spots may become contentious.  No one wants to see a battle in the final weeks with a team this good missing out, But capitalizing at home may be the minimum if playoffs are coming back to Portland.

Thanks!  see you at the game