Why do some animals live in groups? 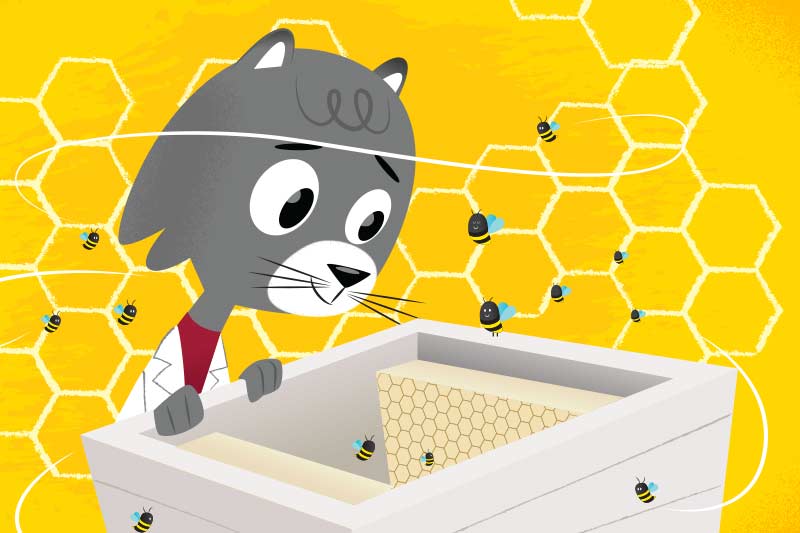 Dr. Universe: Why do some animals live in groups?

Fish swim in big schools. Baby ducks waddle in a straight line. Ants and bees divide up labor. The world is full of animals that live in groups and they do it for a few different reasons.

For one, living in groups helps some animals avoid getting eaten by predators. Some even join forces to take down prey bigger than them with less risk and effort. Working together can also help them find more food. Ravens and rats, for example, will return from a hunt and let the rest of the group know where to find their next meal.

Being part of a big group is also helpful when it comes to caring for young animals. Sperm whales, warthogs, and some fish will care for young that are not their own. In the future, others in their group will return the favor. That’s what I found out from my friend Charlotte Milling, a researcher at The Ohio State University who studied wildlife sciences at Washington State University.

While there are advantages to living in a group, Milling said, there are also down sides. Sometimes a group gets so big it attracts the attention of predators. When food is scarce, having so many mouths to feed can make it harder to find food for everyone, too.

If there aren’t enough resources or the animals start getting really sick, it can be hard for other animals in the group to survive. Milling explained that while there are benefits to living in groups, it only works if the benefits to an animal are bigger than the costs in the long run.

Believe it or not, finding out how animals work in groups can also help us engineer and design new technology, like self-driving cars. My friend Kshitij Jerath is an engineer at Washington State University. He studies how individual things make up groups and looks for big patterns to help us solve problems. He used a flock of birds as an example.

Jerath explained that we can use math to calculate information about how a bird flies with its flock. How many neighbors does a bird have and how many can it see? How far away are these neighbors? How fast does it need to fly to stay with the group?

Using a similar idea, Jerath’s research helps us learn more about swarms of drones and self-driving cars. A single self-driving car can move on its own but it has to interact with lots of cars on the road, too. Using math and engineering, Jerath is working to help us understand how self-driving cars can better avoid accidents or prevent big traffic jams.

We still have a lot of unanswered questions about groups and systems in our world. Whether you’re looking at a pack, a pod, a school, or a flock, maybe one day you can help us learn more about animals and why they live in groups. Who knows? Learning from nature might even inspire you to come up with new ideas and inventions.

The post Why do some animals live in groups? appeared first on Ask Dr. Universe.