What did we learn from the Shutdown? 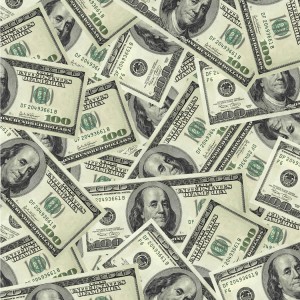 It is true that the government shutdown didn’t start with concern about raising the debt ceiling but in the end the winners were Obama and the democrats and the losers were the American people.  It is obvious that Obama has no intention of doing anything about our debt problem despite the message that comes out of his mouth.  When you consider the things that Obama said about George Bush when he wanted to raise the debt limit you can only come to the conclusion that what the President says has little to do with what he believes and has nothing to do with what he will do.  I can’t remember any politician that has made more statements that he later contradicted with seemingly no need for reconciliation.  In hind sight, Joe Wilson looks like a prophet when he blurted out at Obama “You lie!” during a 9/9/09 speech; Obama said Obamacare would not apply to illegals.

Obama certainly takes the lion’s share of the blame for over spending during the last 5 years, but the democratic congress also shares a lot of the blame.  When they controlled both houses they did nothing to slow spending.  Of course, the republicans only got religion about spending since Obama was elected.  The George “W” years grew the government and spending far beyond any previous administration so the republicans proved that you can’t believe them either despite their constant whining about spending now.

Despite what most DC politicians say, they can’t and won’t do what is necessary to put our financial house in order.  We see the dire warnings coming from every direction but all we get in response is lip service.  DC Politicians are not willing to make the hard choices that need to be made to stave off our coming financial implosion and many believe it is only a matter of time until we see a total financial collapse.  Unfortunately, the deniers continue to push us towards the edge and DC politicians just keep saying we are going to deal with it in the near future.  Of course, that near future always disappears when it becomes the present.  Expecting DC to reform their out of control spending without some kind of outside intervention makes about as much sense as expecting a heroin addict to stop cold turkey without anyone forcing them to do so.

The establishment politicians work for Wall Street not the people

The recent shutdown ended not because the republicans gave in to Obama or the democrats; it ended because big business told the republicans that this thing needed to end.  Big business is pro immigration, because they want cheap labor, and they are against the tea party because they know the tea party represents the grass roots that oppose crony capitalism and the continuation of the status quo spending.  The tea party continues to upset the apple cart because they demand that their representatives heed the will of their constituents instead of bowing to the big money of lobbyists and corporations.  Ted Cruz is hated by the establishment politicians because he has the audacity to represent his constituents and go directly to the people instead of bowing to the “say one thing and do another” politicians that describes so many in congress and especially the leadership of both parties.

Probably one of the most tragic outcomes of the recent shut down was Obama’s use of the federal park rangers and DC police officers to unnecessarily punish innocent citizens, veterans, and even foreign visitors by erecting “barrycades” in front of our open air memorials and federal parks.  Unfortunately, the officers showed that they were willing to take action against any American who dared to defy this presidential order while at the same time allowing and even assisting immigration protesters to set up in the same areas they “barrycaded”.  This was a sickening sight that should be an eye opener to every American.

If you think that the federal government won’t take action against protesting Americans with our military and homeland security forces you better think again.  If park rangers are willing to arm themselves to keep citizens out of an open park, how much more willing will armed soldiers and marines be willing to follow the orders of their superiors?  We already had some “whacko” congresswoman calling for martial law as a response to a partial and temporary shutdown.  It’s hard to imagine what might happen when we have a real crisis which is only a matter of time given our current path.

The press will be complicit in any oppression of the people

It’s amazing to me that the press showed so little outrage at the oppression they just saw exercised against innocent Americans.  It’s also unbelievable that the press has totally ignored the huge amount of hurt Obamacare is causing to millions of Americans.  It seems obvious that the mainstream press is willing to be used as another arm of an oppressive government whereas at one time they were seen as the watch dog against government oppression. This is a sad day for American journalism and is proof that media can’t be counted on to protect Americans from an unscrupulous government.

There is way too much power in Washington DC

One thing is for sure; the power of the federal government has grown far beyond anything the founders intended or could have imagined.  The only way to reverse this is for the states to take control and invoke article V of the constitution.  The state legislatures need to take matters into their own hands because DC politicians will never support efforts to limit their power or spending.  Too many people are being enriched by the present system.

Our nation is suffering and is on a perilous path.  DC can’t heal itself; it’s up to ordinary Americans to make it happen. Where do you stand?