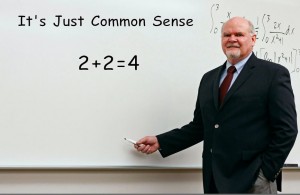 The belief that high stakes testing will bring any improvement to our public schools is built on an ounce of wishful thinking, a pound of good intentions, and a ton of ignorance.

Consider the recent history of high stakes testing in the state of Washington. We spent more than a decade and a billion dollars on the Washington Assessment of Student Learning (WASL) only to find that the test was deeply flawed. The WASL didn’t align with college or career readiness, and basically tried to measure student achievement of standards that were so poorly written they were impossible to measure by any kind of assessment.

Despite these major flaws, legislators, the public, business leaders, and most of the media ignorantly assumed that something meaningful was happening by requiring students to pass this bogus exam.  Unfortunately, the only meaningful thing that was happening was teachers throughout our state were forced to try and teach to this test despite the fact that it didn’t align to anything that was important for students to know. The WASL was a test built around standards that de-emphasized student content knowledge and supposedly would teach students to think deeper and become expert problem solvers.  In the end, the main problem that many students have to solve is how to go through life being mathematically illiterate.

Teachers were forced to follow this WASL nonsense even though it was against their better judgment.  Even worse, despite the misgivings and resistance by many, it is the teachers who were left holding the bag when students didn’t perform well on the WASL exam. Despite the hundreds of millions spent by the state on this test, no more than 50% of the students ever passed the math portion and the scores went down each year during the last few years the exam was given.

What unmasked the deep flaws of the WASL?  The first year that the new End of Course (EOC) assessment was given the state saw a 50% jump in the student scores across the state.  This jump couldn’t be attributed to any improvement in what was happening in classrooms, it simply came because the EOC exams aligned more closely to what was actually being taught and the test was based on new standards which were clearer and far better defined than the old WASL standards.

So again, the legislature, the public, business leaders and most of the media hailed the passing of the EOC’s as a standard that would drive improvement in our schools and would finally hold teachers accountable to do a job they surely were not doing.  Can we consider that passing the math EOC insures that students are learning something meaningful and will be prepared to enter college or the work world? Only if you are ignorant of what is on the exams. Unfortunately that would describe the legislature,  most of the public and those in the business world and media who by “blind faith” continue to exalt these exams as the “savior” of our educational system.

The facts are that the EOC 1 doesn’t align to college readiness and contains numerous irrelevant topics like “box and whisker plots” and “recursive arithmetic sequences” which have no place in Algebra 1 while leaving out numerous traditional topics like “simple rational expressions” and “quadratic equations” which are necessary topics to move on in Algebra. The EOC 2 is even worse because the nonsensical narrow standards it measures are a portion of Geometry that were created by unintended legislative consequences not by any thoughtful analysis of what students should know after two years of mathematics. Despite these flaws, the passing of these exams is being used as the measure of a quality education system…….Not!

But no worries, government has come to the rescue again.  The governor and the legislature decided without one shred of empirical evidence that we should discard our newly written state math standards (rated as some of the best in the nation and which cost $100 million to develop and implement) and adopt the new Common Core State Standards (CCSS) along with the much hailed national assessments that would follow. Again, they made this decision based on “blind faith” because neither the standards nor the assessments were even written when this decision was made. But don’t worry; the new assessments that Washington students will take starting next year are being created under the direction of some of the same important people who gave us the WASL.

It is ironic that all of these exams are purported to increase the depth of student thinking and problem solving even while they have been implemented, designed and sold to the public with some of the shallowest logic that is possible to imagine.  It is this same shallow logic that believes that holding teachers accountable based on the student scores of these flawed examinations will have any positive impact on student learning.

It’s not that I am against accountability or having to meet a standard, it’s just that thus far I have not seen any evidence that we are capable of designing an assessment system that will bring any improvement to our schools. Instead of sound education principles, these tests are being used to push agendas from both the left and the right.  The truth is that as long as we try to force every kid through a one size fits all system we will never see improvement. No other country in the world is running an education system on the pretense that all students are the same and as long as we pursue that folly we will continue to waste precious resources and fall further behind our competitors.