Much Colder Weather Next Week Likely 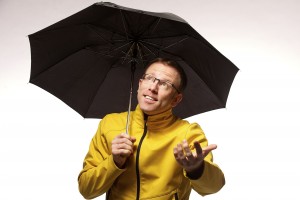 Groundhog or no groundhog, mother nature appears poised to let the Pacific Northwest know that winter is not over just yet!

Confidence is increasing in computer model guidance closing in on a solution that has the potential to bring much colder weather across the entire Pacific Northwest next week. If models verify, this would be the coldest air since the arctic blast of early December.

A very cold system originating in the arctic is forecast set to sweep across the region as early as Tuesday night. In the wake of this, temperatures will fall with easterly wind developing especially near the Portland metro area and points east into the Columbia River gorge.

This will help to transport even colder air from east of the cascades into the Willamette Valley. If current models trends continue, daytime high temperatures could struggle to get above freezing, with overnight lows dropping well below freezing across the entire Pacific Northwest, including the coast.

This would be the second such arctic event of the season, which is rare by Pacific Northwest standards. This type of pattern is also rare for February and only a few have occurred in the past 25 years, most notably February 1989 and February 1996. The last event which occurred in early December set overnight low temperature records at many locations across the Pacific Northwest including some all-time records for any month of the year. This has the potential to be a hard freeze across all locations, including the coast.

If forecast model trends continue, expect temperature departures as much as 10-15 degrees below normal at many locations. This information will be updated as needed. There is still uncertainty with regards to how much, if any, precipitation will be available once the cold air is in place and exactly how cold this system will be. Future adjustments are likely to the current modeling and clients are advised to stay tuned for later updates as the evolution of this potential set up becomes more definitive.

Steve Pierce is widely known as Oregon and Washington’s “go-to-guy” when it comes to fast, accurate historical meteorological research and forecasts. Steve is currently the President of the Oregon Chapter of the American Meteorological Society (AMS). Steve is also recognized as a regional weather commentator and blogger who can be heard on local radio stations and seen in print media outlets across the Pacific Northwest. His Weather Blog is hosted by the Columbian Newspaper in Vancouver. Check it out! He is a third generation resident of Vancouver, Washington and holds a degree in Communications. Both sets of Steve’s grandparents migrated to Vancouver during World War II. One set traveled from Lenox, Iowa to work in the Kaiser Shipyards supporting the war effort. The other set came to Vancouver from Olympia, Washington to work as educators for the rapidly expanding Vancouver School District. When the war was over, both sets of grandparents decided to stay in Vancouver and continue raising their families, as did thousands of other families at the time.

Those who are most familiar with Steve can attest to the fact that weather is his true passion. His love for “all things weather” began at the age of 7 when Mt. St. Helens erupted in 1980. He was fascinated with which direction the ash plumes were headed. Then came the very powerful windstorm of Friday, November 13, 1981, also referred to as the “Friday the 13th” storm. This was the strongest storm to hit the Portland / Vancouver area since the great Columbus Day Storm of 1962! At age 11, he was asked to publish an extended weather forecast for his elementary school’s weekly newsletter. In the 1980’s, at age 14, Steve was the youngest of KGW-TV’s local “weather watchers” and would phone in his daily Vancouver weather stats to then television meteorologist Jim Little for use on-air.

Steve has lived through all of the major Pacific Northwest weather events of the past 30 years, and then some. The most notable events include; the bitterly cold winter of 1978-1979, the record setting snow storms of January 1980, the summer heat wave of August 1981, the windstorms of November 1981 and December 1995, the severe arctic blast of February 1989, the record flood of February 1996, the historic ice storm of January 2004, the Vancouver tornado of January 2008 and the record setting snow storm of Christmas 2008. Not to mention every Mt. St. Helens volcanic eruption in between. With access to the most extensive set of historical weather records available to date, Steve has personally designed and integrated a proprietary system that gives him the ability to quickly locate and manipulate weather data as far back as the 1800’s. As one local Meteorologist put it, “Steve has fast access to historical weather data that is needed for media, agriculture, business, personal, historical and other climatological needs. He can quickly manipulate the data in many different ways. His forecasts are also quite accurate, especially at longer lead times.” Steve also provides local storm assessments, narratives and weather presentations to the general public, as requested. In his spare time, Steve enjoys spending time with his family, the outdoors, vacationing at his family’s coastal cabin and just relaxing!

By the way, do you like your weather on the “extreme” side? So does Steve! Whether it is collecting damage assessment data & photos after record setting 125 mph winds at the coast in December 2007, being one of the first on the scene after the January 2008 Vancouver tornado, or feeling (literally) the awesome power of 100 mph wind gusts at Oregon’s Crown Point in January 2010, Steve has experienced it all! As Steve says, “don’t just love weather, live weather!” Check out Steve’s personal weather website at: http://www.piercevideo.com/weather.shtml