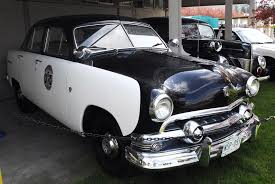 I took a break from the so-called cease-fires, traffic jams and mattress sales last weekend by spending a day at the 2014 Clark County Fair. If there’s anything that needs to be reinvented, this was it. I know. 250,000 consumers along with their amusement-oriented offspring attended the event. But while I enjoyed gawking at the 1st Squadron on the Midway, taking in the U.S. Army pavillion and munching on charcoal-cooked ribs by the Food Court, many of the other attractions were nothing but a noise-polluting waste of time — e.g.: Demo Derby, Moto X, Monster Trucks. It’s also oxymoronic to dish out cold hard cash to be given sales pitches by mop, pot and tub vendors inside–appropriately enough–Sleep Country Marketplace. Fairs used to feature horse racing to lure grown-ups but that’s gone out of style. Perhaps the groundskeepers should consider a Poker Tournament next time. Further, many folks around here dress as if Vancouver is in the boondocks. So a runway extravaganza showcasing world fashion trends might not be a bad idea, either. It also behooves the Rotary Club to score a few more electric scooters for our obese and/or disabled population. They only had four this year and two of them were kaput. Besides, nobody resorts to wheelchairs anymore. I realize the exhibitors paid top dollar for a spot at the fair, but $3.50 for two ounces of Shaved Ice, $6.50 for an Elephant Ear and $12.50 for a Gobbler’s Drumstick is, quite frankly, too much. At least for my wallet. What I liked most was the vintage Ford Cruiser that the Washington State Patrol had on display. Unlike today’s purple coupes manned by troopers in unsightly jump suits, they had class six decades ago. Too bad they didn’t go after all of the Astrological Wonders, Crystal Ball Gazers, Palm Readers and Phony Prophets who were milking the audience. Now back to the Local News which is watching out for me because they’re on my side. Thanks for reading this paragraph!
[Carnival Photo by Greg Wahl-Stephens]