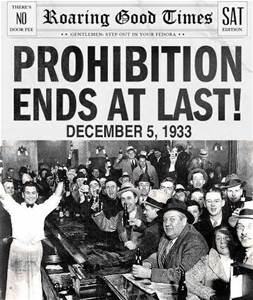 Remember these lyrics? “There’s something happening here. What it is ain’t exactly clear.” Buffalo Springfield made them famous back in 1967. They came to mind last week as the Mass Media tried to convert the opening of Vancouver’s first reefer joint in “quaint” Uptown Village into a transcendental event, even equating it with the end of Prohibition. The premiere was initially set for July 8 but was moved up to July 10 due to the unavailability of weed, perhaps because three tons on its way north was seized by lawmen in California. I did a drive-by Friday the 11th. It was not an uplifting experience. MAIN STREET MARIJUANA was painted on the 23rd Street side of a single-story brick building housing the controlled substance. Its windowpanes were coated with drab green Glassprimer so as to prevent anyone from peering inside. A line of somber-looking cannabis consumers stretched around the block. It wasn’t easy recognizing that they constitituted a microcosm of America’s involvement with the world’s drug cartels. They looked more like coke sippers than hop heads. A wheelchair-bound doorman checked their IDs at the entrance. Curiously, a cop in a black-and-white and a narc in an unmarked sedan were stationed across the road. The former eyed the proceedings through his front windshield; the latter from rearview mirrors. The scenario evoked the smut shops along L.A.’s Skid Row. I used to pass them on my way to work 30 years ago. I didn’t bother to park. See, I don’t like the act of standing behind another person for a long period of time. Instead, I returned after the commotion died down. It was even more antiseptic inside the store. I’ve never seen so many clerks crammed behind a half dozen or so gemstone showcases, left behind by the former tenant. There was one attendant for each kilo, so to speak. They’d ask, “Can I help you?” You’d then learn that exchanges will not be entertained. All sales are final. And don’t ask for a receipt. So much for legalized grass. At $20 per gram, and up; cash. I was enrolled at City College of San Francisco in 1970. I majored in Broadcast Arts, minored in International Relations and took electives in Film, Music and Journalism. Prophetically, the student weekly called for the decriminalization of marijuana. I rented a room in Haight-Ashbury where rent was cheap — $16.50 a week, with kitchen privileges. My $175 GI Bill check allowed for a diet of canned Riviera Minestrone, Philadelphia Cream Cheese, Boudin Sourdough plus a jug of Gallo Bros Paisano. Breakfast was invariably a glazed doughnut and piping hot black coffee from a mom & pop market at 1100 Masonic Ave. Toward the end of the month, I’d make do with Van Camp’s Pork and Beans. The district’s head shops left a lasting impression on my brain. They were quite inviting and down-to-earth. You could always score a “Nickel Bag” ($5) of Panama Red. That’s why Main Street Marijuana turned me off. I walked away muttering, “What a rip-off.” Clark County voters gave doobies the green light, all right. But our red tape-addicted bureaucracy, in conjunction with a money-sucking business establishment, has transformed the act of buying recreational hemp into a real bummer. Maybe it’s all a plot to recover the $1 trillion they spent on The War on Drugs! Gov. Inslee could just as well have granted sales permits to convicted dealers. At least their prices aren’t as high.