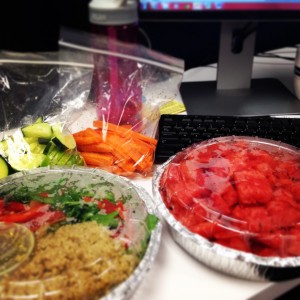 I typically don’t like to bog you down with all my personal stuff. It is after all personal. But, this year has been extremely difficult for me.

My year started off with me almost dying from sepsis. I was the sickest I’ve EVER been in my life. Then, after taking the yucky antibotics to clear the sepsis, I developed C-Diff which is an infection of the intestines. Great!

On top of all of that, I moved within six weeks of getting out of the hospital. Which meant I was packing and moving while my body was still healing. Oh and I also was wearing (still am wearing) a boot for my severly sprained foot.

There’s more…Just as I was starting to regroup, I had to unexpectedly move again. AAAAAAAAAAAAAH!

That was the final straw, after living in Washington for 14 years (Seattle for seven and Vancouver for seven) I decided it was time to relocate to my hometown, Portland.  While I accomplished a lot in those 14 years, I also seen my share of failure.

I’m glad to say, that after a couple of bumpy months in Portland, my living situation while only temporary, is good and get this I accepted a full-time position with a non-profit health plan (don’t worry I’m still able to do all the other stuff I do!). Now, with a sense of stability and order it’s time to — get back on track.

I was starting to feel like a hypocrite with all my healthy food presentations. Meanwhile, I was eating crappy and not exercising. But, today is a new day and I’ve recommitted myself to living healthy. I don’t like the way I feel or look! So, last night, I prepped my meals for the next couple of days and today to flush the toxins out of my body, I started an all natural detox drink: Filtered water, cucumbers, limes, and watermelon.

Thank God for second and third chances…I’ll keep in touch with my progress.

I am a product – and now a survivor – of childhood obesity. As a child, my family always told me that my extra weight was merely baby fat and I’d eventually grow out of it. I never did. Instead, my childhood is filled with memories of not being able to ride a bike, flattening its training wheels from being over the recommended weight, and avoiding P.E. classes by any means necessary. For years, I wore my fatness like a wounded soldier wears a Purple Heart – with pride. I owned the look. I dressed it up. I worked the room. There wasn’t a skinny girl who intimidated me. I made sure my hair was laid just right. Nails polished. Outfits coordinated to the tee. Accessories to compliment every outfit. But everyone has a breaking point, and mine came in the spring of 2004 when I tipped the scale at nearly 400 pounds 388 to be exact. I was MISERABLE trapped inside of that body. I no longer wore my Purple Heart with pride. Rather, I was ashamed and frightened. Ashamed that I had allowed food to become my everything – frightened I would die because of it. Drastic times called for drastic measures…

Today, I’m bound and determined to live a better, healthier, active lifestyle. I realize I’m no longer a passenger in my life, I’m the driver. I’m overcoming my inhibitions and I’m slowly but surely saying farewell to my old childhood nemesis, obesity. For once and for all, Farewell Fatso!